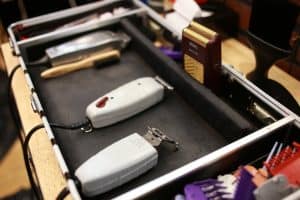 Greg Goodman was awarded Third Place in Poetry in the 2017 Prison Writing Contest. Goodman is currently incarcerated at the Augusta Correctional Center in Virginia.

Every year, hundreds of imprisoned people from around the country submit poetry, fiction, nonfiction, and dramatic works to PEN America’s Prison Writing Contest, one of the few outlets of free expression for the country’s incarcerated population.. On November 28, PEN America will celebrate the winners of this year’s contest with a live reading, Breakout: Voices from the Inside. Participants including 2016 PEN/Bellwether Award-winner Lisa Ko and 2010 National Book Award-winner Terrance Hayes will read from the prize-winning manuscripts.

Styling changes I spied from numerous cells,
prisons, homey. Not jail,
where the trigger has slowed . . .
rusted stuck, matured into more
piercing and substantive flows,
consistent w/a graying tonsure, one purposefully grown
to elicit respectful “Unc’, Ol’ School, and Ol’ Timer,”
and evidence of gravitas sown—
by the once fly-ass nigga, w/the quickest trigger,
turned monk, holding court on the yard—
monastic ground that has ground me down
w/untold pressures to change . . .
followed by painful, meticulous,
and faceting cuts, into my immutable color,
that produced character, clarity, and carats,
and myriad things . . .
Palmer Park and ass-whippings could never swing,
this bejeweled, hard-earned gray, Old wise man bling.