By: Mahsa Mohebali Translated By: Mariam Rahmani May 1, 2018 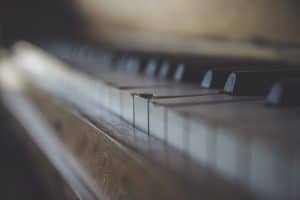 The following is an excerpt from Mariam Rahmani‘s grant-winning translation of Don’t Worry by Farsi-Persian novelist Mahsa Mohebali.

Rahmani writes: Mahsa Mohebali’s award-winning novel, Don’t Worry (originally Negaran Nabash, 2008), follows Shadi, a rich, disillusioned junkie, on an apocalyptic day of earthquakes as she roams through a crumbling Tehran in search of her next fix. Don’t Worry has been widely celebrated in Iran. In 2010, it was awarded the Golshiri Prize (the rough equivalent of a Pulitzer), and since then has been translated into Italian and Swedish.

I first picked up Mohebali’s novel in a bookstore in Tehran on a cousin’s recommendation. Between one thing and another, the novel stayed on my shelf for some time before I picked it up in the context of my coursework for a Ph.D. in Comparative Literature. I was immediately drawn in by Mohebali’s style and her ability to seamlessly interweave a gritty vernacular with moments of true poetry. Furthermore, I was struck by the critiques of class and gender the text subtly engages with; critiques which are just as resonant in the United States now. I found myself thinking about how powerful a translation of this novel could be, especially in the current American political climate. It took me months to contact Mohebali about an English translation: I kept putting the idea off for fear that I would not be able to balance this project with my other work and writing. But I could not stay away—in other words: This translation is a labor of love.

In the excerpt below, Shadi arrives at the home of her childhood friend, Sara, now inhabited by a rotating cast of freeloading friends. While in reality the Kolah Farangi Emirate is a state-owned, 19th-century palace complex that used to house Nasiruddin Shah’s harem, in the novel, Sara has inherited the mansion from a great-grandmother, who was one of the Shah’s favorite lovers. This peculiar setting highlights ambiguities in Shadi and Sara’s friendship—it is at once a source of comfort and a spider web of sexual tension. Memories of their childhood together color an intimate, sexually charged exchange that is mediated through opium.

Like always, Latif opens the door, but this time not with a smile and bowed head. Her eyes flutter.

Her knees give out. She sits on the ground and beats her head with the handkerchief.

“Yes. But Mr. Siamak left early in the morning. Mr. Ali is in. And Miss Shahnaz left just before you arrived—she was angry. I don’t know about Mr. Mazyar, and Mr. Rahim seems to have left. Mr. Ashkan hasn’t been in since last night. And Miss Afsoon and Mr. Payam are asleep. And Miss Sara has been making music since the morning . . .”

It’s impressive Latif has the stats on everyone in this hotel of a house.

“Get up, Latif. Get up. Nothing’s going to happen. See how flimsy they all are? You can’t even call them earthquakes.”

She doesn’t move. She stays squatting, her hand to her head, her gaze glued in front of her. I squat down. If this was a few months ago, I’d cast a spell talking to her of this and that. Now my mind works like a charm but my jaw won’t budge. What should I say? If only I could preach like Mazyar and say, for example, that life goes on, or ask: what’s life ever done for anyone to make you think it’s worth clinging onto with both hands? Or I could explain very logically, like Rahim, that this earthquake is only hitting Tehran and has nothing to do with anywhere else, let alone Afghanistan . . . My jaw won’t budge.

She keeps staring at the dry leaves in the garden with those green eyes of hers that now tint towards yellow, swelling with beads of tears that slide down her leathery cheeks. She is and isn’t here. I reach into my backpack pocket and place a blister pack of Tylenol 3 in her palm.

“Go take two or three of these pills, rest a little, and you’ll feel better.”

If she takes two or three she’ll sleep for two days. That time she caught a cold and Rahim gave her codeine, she was high for three. But now she won’t move. As if they’ve screwed her into the ground. I pound her on the shoulder and half rise so that she’ll get up, too. She doesn’t.

The sound of Bach’s Invention 8 comes from the house. As Latif says, the Lady is making music. When it reaches the sixth measure, it’s cut off then starts again from the top. Each time it gets stuck a note or two earlier or later. Again from the top… If I listened to Sara practicing for a whole day I’d go crazy.

Like always, she’s sitting at the out-of-tune grand piano, mashing down the pedal and making the windows of the Kolah Farangi Emirate tremble . . . Sara, when did you return? Since first grade you’ve always been there—on my bench, or I on yours; on the seesaw or on the swings; in the big black car that used to pick you up, or in this very garden, playing hide and seek, laughing, laughing, laughing . . . But so, when did you disappear? You went to Paris. Then suddenly the sorrow of exile seized you, and you appeared like a ghost among the herbs and tomatoes for sale at Tajrish Square. So that I said to myself: see how all that hash is finally catching up to you? See how you’ve become melancholic and hallucinate in broad daylight? Sara, in the middle of Tajrish Square? After all these years?

She can’t hear a thing over the off-key piano, and she doesn’t ease off the keys until I put my hand on her shoulder. Wearing her usual thin smile, she turns around and throws herself into my arms.

I want time to stop right here. I want to look at her thin, colorless lips and her downcast black eyes and her thin, crescent eyebrows forever. At the foolishness or love or affection that flutters in her eyes . . . I wrap my arms around her and dig my nose into her hair. The pine trees of our childhood spin around me. She takes my face between her hands and looks at me with wet, sad eyes.

“Arash was saying they found you up a tree.”

“Was he telling the truth?”

I dig my nose into her hair again and smell the pines of our childhood.

She tilts her head and purses her lips.

She cradles my head in her embrace.

She pulls off my hat to dig her fingers into my hair.

“Then he’ll turn up in no time. He can’t survive more than two hours without you.”

Seriously, me too? I’m your best friend from grade school, I’m—why can’t I tell you? Tell you what? What can I tell you, you ass?

“So what, you won’t do me the honor of firing up your stone-age torch when Siamak’s not around?”

Her smile spreads to her eyes.

Suddenly the earth slips out from under our feet. She puts her head on my chest and covers her ears. The windows in the foyer do a jig. The chandelier’s going to break free from the ceiling any second. Sara trembles in my arms. She’s like a fish, with just a veil of fat wrapped around her delicate bones. An earthquake isn’t so bad when Sara’s in one’s arms. I hug her harder. Maybe if I press you close, the earth will come to rest.

Now everywhere grows calm. I take her face in my hands. Her eyes are still closed.

She slowly lifts her eyelids. As if she’s afraid nothing will be where it belongs when she opens her eyes. She looks around. First at her shitty grand piano.

“Don’t worry, it’s good for another earthquake or two before it gives out.”

“How come no one came out of their rooms? They’re not dead, are they?”

She extracts herself from between my arms.

“Asleep? Seriously? If a nuke went off, nobody in this house would come out of their caves.”

“You mean a grown man can’t take care of himself? He should be worrying about you, leaving you here. Where’d he go anyway?”

“I don’t know, he kept pacing in the middle of the night, then when I got up in the morning, he was gone. What if something happens to him?”

“You have a right to be worried. The Siamak I know is definitely over at one of his thousands of aunties’ or female cousins’, reclining under a warm blanket by a coal korsi in a tribal tent, sucking on an opium pacifier.”

She turns her head and smiles as she starts down the stairs.

She takes the key out of the pocket of the cardigan that her Grandma Dearest knit for her. You and your beloved’s temple: the only room in this house with a door that locks. With Siamak gone, though, I can lay my head on your lap and collapse on the torn carpeting, let loose.

“Will you do one for me? Just once, I want to see what it’s like to get Siamak’s royal treatment.”

She gives me a look.

“Fuck off, like I’ve never lit a pipe for you?”

“You have . . . But it’s a lot better when Siamak isn’t here to count the drags. You ought to give some thought to the parsimony of your lover. And quit digging through all those little boxes, there’s no way he’s left a single dab lying around.”