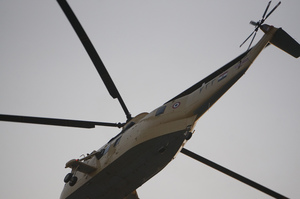 Journalists, writers, civil rights activists, and independent or critical voices in Egypt are being targeted by security services for their reporting or peaceful activism, PEN International said today. The worldwide organization of writers expressed alarm about an escalating crackdown on dissent in Egypt, which has seen several journalists arrested in recent months, some of whom have reportedly been tortured or otherwise ill-treated in detention.

PEN is calling on Egypt’s interim government to comply with its international obligations to respect freedom of expression, and to release anyone held solely for the peaceful exercise of their right to freedom of expression. Independent investigations into all reports of torture or other ill-treatment should be carried out without delay, and anyone found responsible for abuses should be brought to justice.

Among those currently detained are Al Jazeera English journalists Peter Greste, Mohammed Fahmy, and Baher Mohammed, who will face their first hearing on February 20, 2014, on charges of having  links to a “terrorist organization” and “spreading false news.” PEN fears for their safety in detention following reports of ill-treatment and lack of medical care.

Egypt is a state party to the International Covenant on Civil and Political Rights, which provides for freedom of expression that may only be limited in specified circumstances. Any restrictions must be necessary, proportionate, and provided for in the law.

Background
After mass protests on June 30, 2013, against the Muslim Brotherhood, the political party of Pre­­sident Mohamed Morsi, who had come to power through democratic elections one year earlier, General Abdel Fattah al-Sissi deposed Pre­­sident Morsi on July 3, 2013.

Constitutional Court Judge Adly Mansour was appointed as interim president. Mansour issued a Constitutional Declaration setting out a roadmap, which included drafting a new constitution and elections. A new constitution, which came into effect after a national referendum on January 18, 2014, after a national referendum, provides improved provisions for freedom of expression and bolsters press freedom. However, the situation on the ground has seen widespread violence, with peaceful protests violently suppressed by police and thousands arrested for their alleged support of the Muslim Brotherhood, which was banned in September 2013 and declared a terrorist group on December 25, 2013, the day after a new Anti-Terror law was passed. Hundreds have also been arrested under the repressive protest law issued by interim president Adly Mansour on November 24, 2013.

Armed groups have escalated attacks in North Sinai killing scores of police and soldiers, and independent reporting from the region is severely restricted.

In this polarized and unstable environment, the media has become a strategic target in the struggle to control access to information. While violations against secular and independent voices escalated under Morsi’s government, the army-backed interim government has systematically targeted foreign and Egyptian media affiliated with the Muslim Brotherhood or regarded as sympathetic to it, notably the pan-Arab TV station al-Jazeera and its sister organization, Al Jazeera English.

Al Jazeera English correspondent Peter Greste, an Australian national, Mohammed Fahmy, a Canadian-Egyptian, and Egyptian national Baher Mohamed were arrested on December 29, 2013, after being accused of illegally broadcasting from a hotel suite.

Peter Greste is accused of “collaborating with terrorists” by talking to Muslim Brotherhood members. Al Jazeera English Cairo bureau chief Mohammed Fahmy and producer Baher Mohamed are accused of the more serious offense of membership of the Brotherhood.

On January 29, 2014, they, along with 17 other journalists (some in absentia), were referred to trial on the charges of belonging to a terrorist organization; calling for disruption of the law and preventing state institutions from conducting their affairs; broadcasting false news to support a terrorist group; and harming the national interest of the country. Their trial will begin on February 20, 2014.

In two open letters written from prison and published on January 25, 2014, Peter Grest has detailed the harsh conditions under which the three are held, and refuted any notion that he has carried out anything except “normal journalistic endeavors.”

Also recently detained was Egyptian documentary filmmaker Hossam al-Din Salman al-Meneai, who was arrested without a warrant along with American translator Jeremy Hodge from their apartment in Cairo on January 22, 2014. Hodge was released on January 26, 2014 and returned to the United States. Meneai was released without bail on February 9, 2014, but he could still face trial on charges of “spreading false news and endangering the stability of the nation.” Hodge has stated that he witnessed Meneai being beaten and that a police officer put a gun to his head and threatened to pull the trigger.

The reasons behind Meneai and Hodge’s detention are still unclear, though Hodge says initial questioning was focused on Meneai’s work as a documentary filmmaker. Meneai is believed to have been working on a documentary about Egyptian Copts, who have faced unprecedented persecution by Islamists, particularly since July 2013.

ADVISORY: Media Under Attack in Belarus: A Panel Conversation

Free Press’ News Voices project is proud to co-sponsor @PENamerica's “Keeping It Local: A Town Hall Series”, a 4 day virtual event to explore the state of the local news in 2021.

RSVP today. We hope you can make it! https://pen.org/event/keeping-it-local-town-halls/