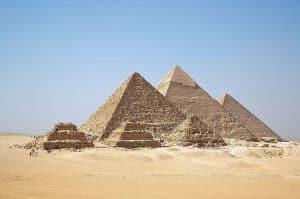 William Myrl Smitherman was awarded First Place in Drama in the 2017 Prison Writing Contest. Smitherman is currently incarcerated at the Augusta Correctional Center in Virginia.

Scene 1
(The pod is empty except for two banks of cells, one overtop the other, separated by a mezzanine. The doors have Plexiglass windows in the shape of medieval arrow slits, below which are the tray slots, currently closed. On the bottom tier, we see cells 9-16, and the top holds 25-32. There is a staircase on the far left side. The prisoner in Cell 32 is intermittently tapping on his window with something hard enough that the sound fills the pod. He yells at random intervals, opening the play with “There’s a bird in my cell!” The director has discretion to add or subtract interjections. Faces come and go from the windows throughout. When speaking from cell to cell, characters are of necessity at least half yelling.)

(CO enters the pod, pushing a metal cart. Voices yelling from the doors, “Chow,” “Trays,” “Birds!” etc. The CO opens all the tray slots in the doors and then begins passing trays through them. There is a plastic cart on the top tier he stacks trays on when he is done with the bottom, because there is no way to bring the metal cart up the steps. He stops at 26.)
26- We got problems.
CO 1- What’s up?
26- You ain’t got my shoes. Sergeant says you got my shoes.
CO 1- I’m doing trays now. I’ll find out about your shoes.
26- Not good enough. You need to get that shit straightened.
CO 1- (placing a tray in the slot) Hold your shit, man.
26- Yeah, you’ll see.
(CO moves a few cells down, and 26 flings his tray over the tier railing, scattering the food onto the lower floor.)
26- You like that?!
CO 1- You gonna clean that up?
26- Got my shoes?
CO- I’ll be back. (finishing the tier and wheeling out the cart.)
26- Get my shoes!
14- Hey, Bill!
13- Yo!
14- You ever heard of the pyramids of Guyza?
13- Guyza?
14- Yeah, it’s in my almanac.
13- Never heard of Guyza.
14- Look it up.
13- Hold on.
14- It’s the biggest pyramid in Egypt.
13- G-H-I-Z-A?
14- Yeah, Guyza.
13- I hadn’t heard of that one.
14- Found it in my almanac. Best book you can have back here. Get your mind right.
(32 taps his window furiously for several seconds, screaming about the bird, then he calmly places his tray in the open slot and leaves the window.)
14- He tryin’ to be crazy.
13- That ever work?
14- Nah, they don’t care.
(3 COs enter the pod, moving quickly to Cell 26)
Sergeant- Alright, so why are you making a mess on my floor?
26- (talking through the tray slot.) You need to get my shoes, bro.
Sergeant – Are you serious? This is kid stuff. You’re making a mess because you’re mad about your shoes? How does that make sense?
26- Don’t call me no kid. I ain’t no child, bro.
Sergeant- You’re acting like a child now, so what do you expect me to do?
26- (in a reasonable tone) I’m just trying to get my shoes.
Sergeant- I told you I would get you some as soon as I could get to it.
26- I need them shits.
Sergeant- Just relax. I can get your shoes, but you have to be patient. I can’t have this shit going on back here.
(26 tosses clear liquid out of a cup from the open slot, and the sergeant steps back in time to avoid a direct splash.)
Sergeant- That better not have been piss.
(He moves to slam the slot shut, but 26 has his arm out of the hole to hold it open.)
Sergeant- Put your arm back in.
(No response.)
Sergeant- (forcefully) Put your arm back in. (pause) Have it your way.
(The COs exit the pod, one remains behind long enough to close the other slots and collect the other trays.)
26- Want my shoes, homie!
14- Bill, come to the door. (lowered voice, trying to keep it between them.)
13- What’s up?
14- Dude said he leaving, right?
13- I heard that.
14- Yeah, when he first got back here we talked through the vent, right? He back here ‘cause he said his celly raped him.
13- Damn.
14- Thing is, he asked me to borrow a razor first. Then he told people he was bleeding.
13- Damn.
15- What the hell! What are you saying?!
(No response.)
15- You’re a coward! That’s why you’re back here! What’s it been, two years?
14- Least I didn’t lie on nobody.
15- I didn’t lie, and I’m not going to keep hiding back here like you do!
14- You go out there, see what happens!
15- I am going. Coward.
14- Bitch! Take that shit back.
(Six COs enter the pod. Five of them are dressed in riot gear, one with a clear stun shield. It crackles. The sixth is filming. Before they can reach his cell, 26 stuffs the slot with the end of his mattress.)
14- You can’t talk any way you want to people! You get hurt doing that!
15- Don’t talk behind people’s backs, coward!
Sergeant- Pop 26!
(Cell 26 opens halfway, caught on the mattress. COs push in one by one, shield first, the Sergeant and the cameraman watching from the outside.)
14- You gonna get hurt. You lie on people, you gonna get hurt.
26- Fuck your shoes!
(There is the crackle of the shield, thumping and slamming that goes on for about 20 seconds, but he doesn’t yell again.)
15- Least I didn’t touch no kids.
14- Fuck you, bitch! You don’t know me! You don’t know who I am!
15- I’m done, Hank. I’m gone.
(The mattress is tugged from the slot in 26, and the cell door opens completely. The COs carry 26 out. He is shirtless, shackled, and handcuffed behind his back. Two carry him out by his arms, and a third by his leg chain. He is horizontal, and when he struggles they set him down in the liquid outside his cell for a moment before picking him up again in the same fashion and exiting the pod with the other COs. It is silent in the pod for half a minute, as faces in the doors watch them leave. Then 32 starts tapping again, yelling about his bird.)
13: Hey, Hank!
14: Yeah, Bill?
13: You wanna play some chess?

The Moronic Inferno: Snoring Toward Bethlehem