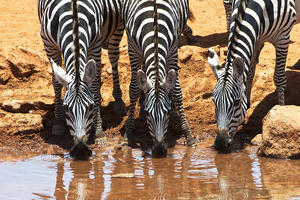 Today in the PEN Poetry Series, guest editor C.D. Wright features five poems by Lisa Olstein. About Olstein’s work, Wright says: “The poems appear straightforward to the eye, and then familiar to the ear. It is the content that jars. It is the quick, compact, exacting delivery that destabilizes the reading. It is the inauspiciously unnamed that conceals the ordinary filling and passing of days, that prods the ribs of this writing. Even the fact that “the recklessly flying/ thing, the unavoidable hazard/ you walk right into is air” appears on the terrifying side of the divide. She reminds us of our infinitesimal occurrence. She rouses our curiosity from a winter Sunday nap. Priority is given to an alertness often by-passed.  The lines accumulate and instead of dissipating, they stack up against you (as in next to, alongside), stirring if not insisting that you prepare yourself though you have no sound idea for what. The poems admit a lyric mark; obtaining an expressive tone that keeps a rather calamitous vision at a near distance.”

Your Country Needs You

Maybe one time standing behind a podium
you heard voices and realized they were
what your own mouth just said and quickly
you grew accustomed to giving orders.
Or maybe standing there you said nothing
at all and the next thing you knew
some night shift nurse of the invisibly
wounded was monitoring your fitful dreams.
Like everyone, I’ll watch indefinitely while
the meant-to-be lovers stay a lip’s width apart
or a war zone, their shadows overlapping
like animals around a dried-up watering hole.
I keep expecting someone prettier when I look
in the mirror. See how we shatter then
reassemble as I turn away back into the day.

Horses, airplanes, red cars,
running. The Japanese sleep
less but do they dream less?
What do women in Stockholm
dream about in wintertime?
Show me every car dream.
Show me every car dream
in Moscow. Show me every
red car dream that involved
men living in Las Vegas.
Compare that to Tokyo or Paris.
Do famous people dream
differently? If you have
more money in the bank?
Can we run an algorithm
can we quantify, can we teach
that? The distance widens
and narrows, sometimes
a grapefruit, sometimes
a beach ball. Invisible data.
They say Einstein came up
with relativity in a dream.
What if you could go back
and find that dream?

Run Every Race As If It’s Your Last

Darling, one way to think of it is
I required absence and you
life-long a room just left. Except
you bloom not empty half-light
but a stand of trees at the edge
of the meadow where my life
leaks out. Static is the soundtrack
of the cabbie’s dream but oh
how we love our troubadours,
sad acoustic boys and girls,
sunshine in their throats. Some
days it takes all my concentration
not to pick the lettuce that lives
down the street. Then I wake
with tendrils between my fingers
and once again I’m feigning
innocence on the one hand,
aping grief on the other. See,
I would eat the lily from under
the frog, drink the river between
each strider’s wake. It’s my way
of feeling productive, of not
too terribly envying the swan
still as a figurine on her cloud mirror
until the trees go back to normal
which is a kind of sleep instead of
clawing magnificent at the sky.

I Saw a Brand New Look

Truly now they are filling the sky with robotic eyes
with automaton dragonflies executing missions
named after homing pigeons wheeling twenty-five miles
in twenty-five minutes through artillery fire
and the long-eared mules they flew above
whose gift to warfare was steadiness pulling cannons
through snow. Probably it is useful to take occasionally
a bird’s eye view, to see ourselves moving as if on sped up film
like ants through the colonies of their very long short lives.
We kept one self-contained in sand, sandwiched
between clear plastic walls. It arrived in the mail.
They were self-sufficient. I don’t know if they were fed,
but surely if they required it by Mother they were
provided for just so like us all the years of that house.
They inhabited orderly the rooms they built;
they kept a graveyard chamber. One morning
we woke to one soldier left carrying inward all the dead
who surrounded him. I don’t know how this relates
to what we call loyalty or love. I know that
of the approximately ten years worth of books
immediately available to me about the social insects
Formicidae of the family Hymenoptera
I would happily delve into six months at least.
I don’t know when and where ideas of loyalty and love
would arise in this literature of adaptation.
We hold in one hand a set of questions. We hold
in one hand a handful gleaned from sad experience.
For a time we are bewildered children. For a time
we are bewildered children dedicated to denying
we are bewildered. For a time we grow comfortable
with the fact that in the face of time we are destined
always to be bewildered. By then, bewilderingly,
we have a child of our own. First, the size of a pea,
the size of a lima bean, the size of a lime.
Finally, the size of the idea of a baby hammering away
with makeshift drum sticks on anything he can find.
Without music, life would be a mistake, Nietzsche
supposedly said. Right now I can’t remember
if we approve or disapprove of Nietzsche
or if the Israeli Philharmonic has a stance on the matter
or if my mother does. Right now I’m standing naked
in a room filled with drumming, groping with my mouth
for small bites of time, but the corn field outside
the window has been razed so to nothing I’m on view
but the occasionally passing mechanical eye.

“What We’re Trying to Do is Create a Community of Dreamers” is a found poem based on words from the interviewee in this article. “I Saw a Brand New Look” is from Olstein’s 2013 book Little Stranger.