[WEBINAR] Right to Protest Under the First Amendment 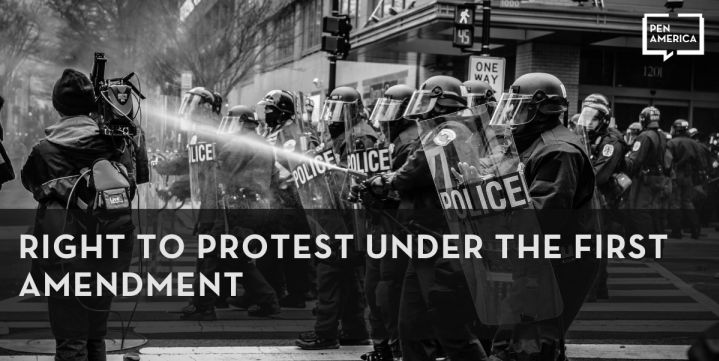 In a time where our political climate has led many to take to the streets and protest in the hopes of better protection of their civil liberties, there has also been an increase in arrests for such acts. Though a right afforded to one under the First Amendment of the U.S. Constitution, this protection is now being called into question as the arrest rate has steadily increased as more people protest.

Join PEN America with the San Diego Lawyer Chapter and the Earl B. Gilliam Bar Association to discuss how the right to protest has come under attack, specifically as it relates to San Diego. This event will provide context for understanding the protections of the First Amendment as it relates to modern-day protesting, dive into legislation that permits such, and discuss this situation on a national level. The event is hosted by the American Constitution Society (ACS).

As the nation’s leading progressive legal organization, ACS is committed to ensuring that all aspects of our events are accessible and enjoyable for all. If you require any accommodations, please LCemails@acslaw.org.