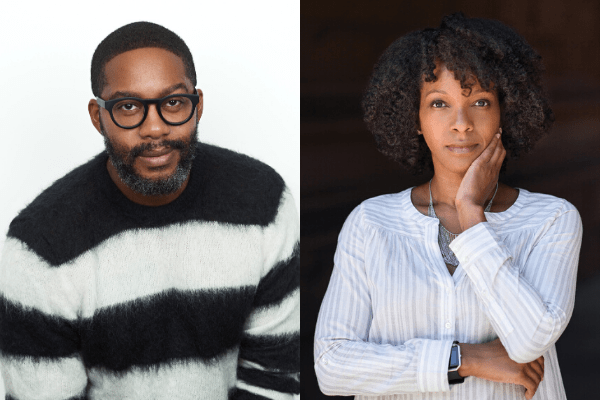 2018 PEN Writing for Justice Fellow and bestselling author Mitchell S. Jackson commemorates the paperback release of his wholly original hybrid nonfiction debut, Survival Math: Notes on an All-American Family. This critically acclaimed memoir underscores Jackson’s intimate and compelling prose, and is accompanied by historical documents, photographs, and short narratives, as he explores sex and masculinity, race and class, and family and community. Following a reading, he will be joined in conversation with distinguished scholar and winner of the 2019 PEN/Jacqueline Bograd Weld Award for Biography award Imani Perry (Breathe: A Letter to My Sons) to discuss his inspiration, the possibilities of the memoir as a genre, and how to survive in contemporary America.

Mitchell S. Jackson’s debut novel The Residue Years (Bloomsbury) received wide critical praise. Jackson is the winner of a Whiting Award. His novel also won The Ernest J. Gaines Prize for Literary Excellence and was a finalist for The Center for Fiction Flaherty-Dunnan First Novel Prize, the PEN / Hemingway Award for Debut Fiction, and the Hurston / Wright Legacy Award. His honors include fellowships from the New York Public Library’s Cullman Center, the Lannan Foundation, the Ford Foundation, PEN America, TED, NYFA (New York Foundation for the Arts), and The Center for Fiction. His writing has appeared in The New Yorker, Harpers, The New York Times Book Review, The Paris Review, The Guardian, Time Magazine, Esquire Magazine and elsewhere. His nonfiction book Survival Math: Notes on an All-American Family (Scribner) was published in the spring of 2019 and named a best book of the year by Time, Esquire, andPaste magazines. Jackson teaches creative writing at the University of Chicago.

Imani Perry is the Hughes-Rogers Professor of African American Studies at Princeton University. She is the author of six books, including the award-winning Looking for Lorraine. She lives outside Philadelphia with her two sons.