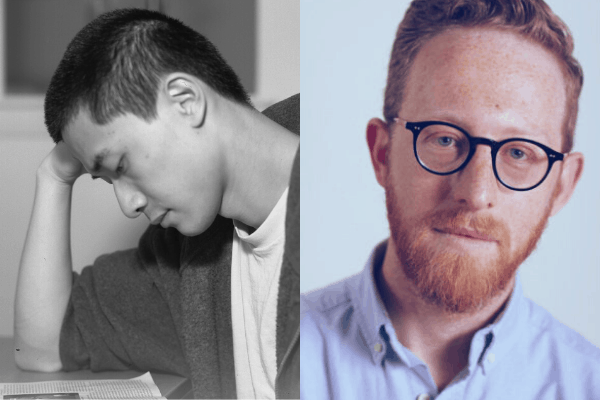 Award-winning author and literary translator Ken Liu launches his new story collection, The Hidden Girl and Other Stories. The book highlights the mind of one of speculative fiction’s sharpest writers as he examines subjects ranging from cryptocurrency to Internet trolling, asking readers to engage with the present and project the future. He will read a selection from the book and will discuss creating narratives of economics, the future of work, and technology in fictional works with The New Yorker staff writer Andrew Marantz (Antisocial: Online Extremists, Techno-Utopians, and the Hijacking of the American Conversation).

Ken Liu is an award-winning author of speculative fiction. His works include The Paper Menagerie and Other Stories, The Grace of Kings, and the Star Wars tie-in novel, The Legends of Luke Skywalker. His latest work is The Hidden Girl and Other Stories. He has been involved in multiple media adaptations of his work, the most recent being his short story “Good Hunting,” adapted as an episode in the Netflix series, Love, Death + Robots. Liu has worked as a software engineer, corporate lawyer, and litigation consultant. He frequently speaks at conferences and universities on topics like futurism, cryptocurrency, the mathematics of origami, and more.

Andrew Marantz is the author of Antisocial: Online Extremists, Techno-Utopians, and the Hijacking of the American Conversation, and a staff writer at The New Yorker, where he has worked since 2011. His work has also appeared in Harper’s, New York, Mother Jones, the New York Times, and many other publications. A contributor to Radiolab and The New Yorker Radio Hour, he has spoken at TED and has been interviewed on CNN, MSNBC, NPR, and many other outlets.