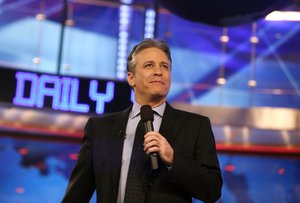 In January 2013, the Iranian government began a wave of detentions aimed at silencing journalists in the country. Intelligence Minister Heydar Moslehi has said that 600 Iranian journalists are part of an anti-state network, and that the arrests were an attempt to “prevent the emergence of sedition prior to the elections.” Iran has maintained a revolving-door policy for imprisoning journalists, freeing some detainees on furloughs even as new arrests are made. In its December 2012 prison census, CPJ found that Iran was the world’s second-worst jailer of journalists, with 45 journalists imprisoned in reprisal for their work. The threat of imprisonment has led scores of Iranian journalists to flee into exile in recent years. In addition, other Arab countries like Egypt that are undergoing democratic transition under Islamic government are starting to invoke anti press sentiments and introducing new restrictions on journalists.

As Iran heads towards elections in June, the government is once again engaging in a campaign of arrests, repression and harassment against the media.  The evening will explore the political, social and personal implications of criminalizing the press, the impact of press freedom violations on upcoming elections, and what must be done to counter Iran’s censorship regime. It will also examine some of the similar worrying trends among Arab Spring countries under Islamic governments in Egypt, Tunisia, and Libya.

"We need enough of us to come to a common understanding of our past, one that squares up to the violence and inequity inflicted by the lie of white supremacy. " Read our full #PENTen interview with author Connor Towne O’Neill (@towneoneill): https://bit.ly/37v9Owe