A Swedish Literary Icon: The Writings of Stig Dagerman 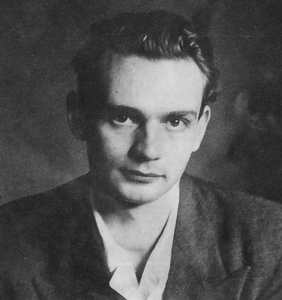 The author’s daughter, Lo Dagerman, will introduce a short documentary, Our Need for Consolation, based on Dagerman’s classic essay and featuring actor Stellan Skarsgård.

STIG DAGERMAN was one of Sweden’s most prolific and acclaimed post-war writers whose body of work spans novels, plays, essays, short stories and journalism.  He channeled the sensibility of a young generation that witnessed terror and the ravages of war, genocide, and the first-time use of weapons of mass destruction.

A literary phenomenon during his brief career, Dagerman died tragically young, but his writing continues to attract new readers around the world, and to inspire creative work in film and music. A short story collection, two novels and Dagerman’s classic piece of journalism from Germany in 1946 have now been published in the United States. For more information, visit www.dagerman.us