Essential Books by Iranians Available in English: A Reading List

One of PEN America’s core beliefs is the idea that words matter. Today, we’re proud to share selections from a wide-ranging list of 100 essential books by Iranian writers (available in English), compiled by Iranian-American author and literary translator Niloufar Talebi for the Asian American Writers’ Workshop.

September 27 marks the start of Banned Books Week, and while the books on this list have not been banned, they are a reminder of the importance of the freedom to read and write. This list of books was compiled in response to the challenges that literature by Iranians faces to become available in English. Inspired by critical questions surrounding the limitations of the United States publishing industry, censorship in Iran, the effects of narrow book market curation and marketing of Iranian literature, and the potential creative drawbacks of continually echoing narratives focused around the 1979 Iranian revolution, this list celebrates the works of Iranian writers amid the obstacles facing the dissemination and promotion of Iranian voices, particularly those that are subversive.

Learn more about PEN America’s advocacy on behalf of writers like 2011 Freedom to Write Award honoree Nasrin Sotoudeh, a prominent writer, human rights lawyer, and activist who is currently imprisoned in Evin prison in Tehran. She was recently returned to prison from hospitalization, after going on hunger strike for over 40 days. Sign PEN America’s open letter calling for her immediate release.

Two impulses led me to compile this list: to resist the forces that stifle the publication and distribution of literature created by Iranians and keep it off the world stage, and to celebrate the books that have reached readers of English. This list celebrates that despite challenges—which only show just how much further we can go to champion this literature—the abundance of literature by writers of Iranian descent, both at home in Iran and abroad, available in English, is astonishing. The waves of migration out of Iran since the 1979 revolution have effectively resulted in the formation of a new literature. I hope that this list helps to deliver us from our search for Western validation and urge us toward active self-regard, solidarity, and authority. Toward fiercely championing and lifting our own compatriots and work, on our own terms, to the world.
—Niloufar Talebi

The Enlightenment of the Greengage Tree by Shokoofeh Azar (Europa Editions, reprint edition, 2020)

Translated from the Persian by Anonymous

This extraordinary novel is not about external alienation, but about internal exile. Written (and translated) beautifully, this is a story of a family destroyed by the revolution even if it insulates itself in a distant village. It is a story of modernity clashing with tradition, a juxtaposition that generates all manners of supernatural beings among the characters. The novel is full of ghosts: ghosts of immediate family members, of ancestors, of shamans. The Enlightenment of the Greengage Tree was shortlisted for the 2020 International Booker Prize. As of the release of this list, it was longlisted for the 2020 National Book Award for Translated Literature. 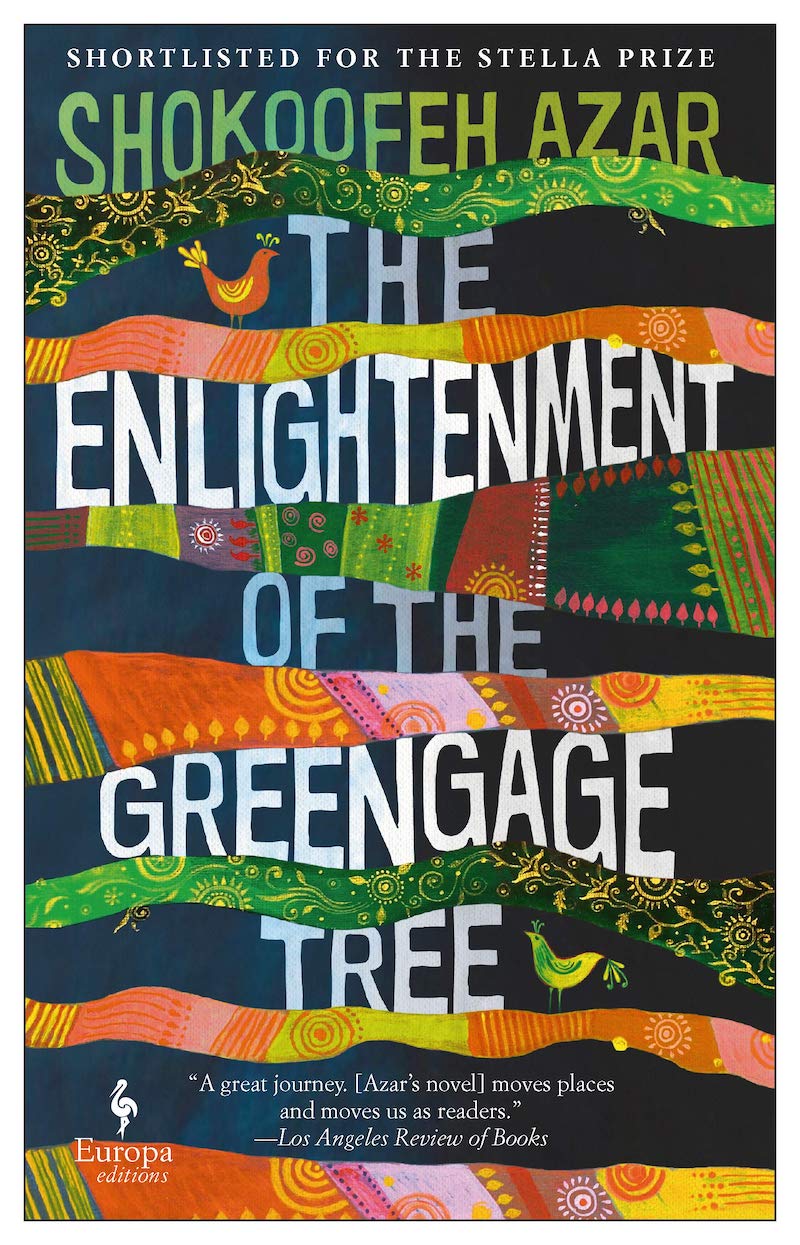 The roots of this book are real, and full of characters and heroic stories of the sort one might expect from migration tales, evoking border crossings past and present. In Abou Farman’s hands, the stories turn into a larger meditation on movement, conveyed with humor and a subtle irony. Clerks of the Passage takes us on a journey in the company of some strange and great migrants, from the 3.5 million-year-old bipedal hominids of Laetoli, Tanzania, to an Iranian refugee who spent 17 years in the transit lounge at Charles de Gaulle airport, from Xerxes to Milton to Revelations, from Columbus to Don Quixote to Godot. Farman is also the author of On Not Dying: Secular Immortality in the Age of Technoscience (University of Minnesota Press, 2020). Following a footnote on cryogenics that led him down a rabbit hole, Farman argues that secular immortalism is an important site to explore the tensions inherent in secularism: how to accept death but extend life. 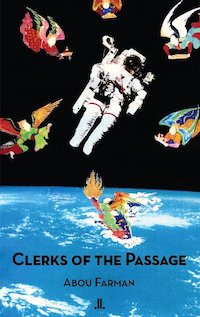 A National Book Award Finalist and winner of the 2019 Albertine Prize and Lambda Literary Award, Disoriental is the story of Kimiâ Sadr who fled Iran at the age of 10 with her mother and sisters to join her father in France. In the waiting room of a Parisian fertility clinic, generations of flamboyant Sadrs return to her, including her formidable great-grandfather with his harem of 52 wives, and her parents, who are stalwart opponents of each regime that befalls them. It is Kimiâ herself―punk-rock aficionado, storyteller extraordinaire, and above all, a modern woman divided between family traditions and her own “disorientalization”―who forms the heart of this bestselling and beloved novel. 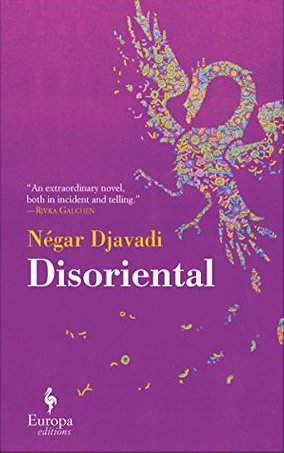 The arresting and stark poems in White Blight expose the tectonic layers of an immigrant’s psyche. “‘Your family will never be resurrected like roses after a fire.’ ‘I have spent a fortune for your piano lessons / But at my funeral you will refuse to play.’ These white lines make me ask, what has been bleached out in all of our stories? I read this book, and I remembered my humanity.” —Sueyeun Juliette Lee

The arresting and stark poems in White Blight expose the tectonic layers of an immigrant’s psyche. Farrokhzad achieves so much with so few words—her distilled language delivers maximum punch and pierces the heart. 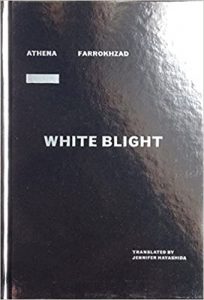 The first published novel by an Iranian woman and one of the most widely read novels in Iran. Daneshvar was a novelist, translator, and academic educated in Iran, later studying creative writing with Wallace Stegner at Stanford University through a Fulbright scholarship. The 1966 novel begins on the eve of World War II, as two landholder brothers react in opposite ways to the British request for their grain harvests. We experience the power struggle through the eyes and ears of one of their wives, the protagonist, Zari. One brother refuses to sell his grain out from under his people to feed a foreign army. The other seeks personal gain by accepting British policies, including their determination to keep Iran’s oil out of Hitler’s control, as he tries to persuade his brother to sell. Zari believes she must be the family peacemaker. An earlier English translation of the book is available as A Persian Requiem, translated from the Persian by Roxane Zand, (George Braziller, 1992). Two collections of Daneshvar’s short stories, Daneshvar’s Playhouse (bilingual, translated by Maryam Mafi) and Sutra and Other Stories (translated by Hasan Javadi and Amin Neshati), are also available in English translation, both by Mage Publishers. 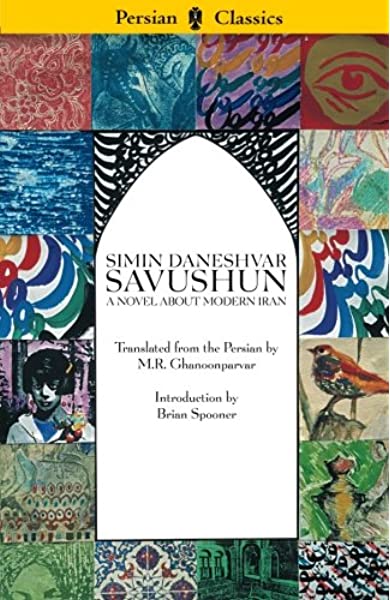 In the Pockets of Small Gods explores what we do with grief, long after the initial sadness has faded: how we learn to carry it without holding it, how our joy and our pain touch, and at times, need one another. Mojgani’s latest collection of poetry touches on many kinds of sorrow, from the suicide of a best friend to a broken marriage to the current political climate. A book of leaves and petals as opposed to a book of stones, In the Pockets of Small Gods encapsulates the human experience in a way that is both deeply personal and astoundingly universal. In April 2020, Anis Mojgani was appointed as the 10th Oregon Poet Laureate. World renowned performer, two-time National Slam Poetry Champion, Pushcart Prize Nominee, winner of the World Cup Poetry Slam, and TEDx Speaker, Mojgani is also the author of The Feather Room (National Book Award nominee), Songs From Under the River, Over the Anvil We Stretch, Junkyard Ghost Revival, and The Pocketknife Bible: The Poems and Art of Anis Mojgani—a fully illustrated and heartbreakingly beautiful poetry memoir that builds the bridge between a grown-up book for children and a children’s picture book for adults, seeking to answer questions through the author’s poems and pictures. 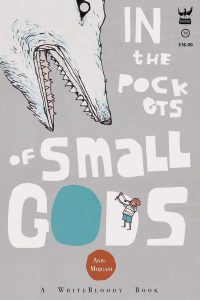 No Friend but the Mountains: Writing from Manus Prison by Behrouz Boochani (Anansi International, 2019)
Translated from the Persian by Omid Tofighian
Bookshop | Amazon

The winner of the Victorian Premier’s Prize for Literature, Australia’s richest literary prize, No Friend but the Mountains is a vivid portrait of five years of incarceration and a portrayal of the horrors the many stateless and imprisoned refugees and migrants around the world experience. In 2013, Kurdish-Iranian journalist Behrouz Boochani was illegally detained on Manus Island, a refugee detention center off the coast of Australia. This firsthand account was laboriously typed in fragments on a mobile phone, later edited and translated from the Persian into English. At the juncture of activism, journalism, autobiography, academic discourse, essay, testimony, psychoanalytic inquiry, philosophical and political commentary, it sheds light on the horrors of the border industrial complex. The translator’s preface chronicles the interactive, collaborative, and multidisciplinary approach to composing the manuscript of No Friend but the Mountains. 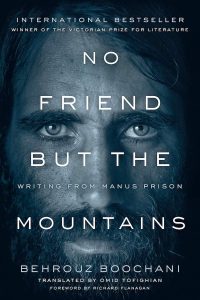 The Little Black Fish by Samad Behrangi (Tiny Owl Publishing; Translation edition, 2019)
Translated from the Persian by Azita Rassi
Original illustrations of Farshid Mesghali, who won several awards for them, including the Hans Christian Andersen Award in 1974
Bookshop | Amazon

Samad Behrangi was a teacher, folklorist, translator, and short story writer of Iranian Azerbaijani origin who taught in the rural areas of Azerbaijan, familiarizing villagers and children to books. He wrote pedagogical essays and collected Azerbaijani oral literature. Behrangi’s other stories include the Ulduz stories, Talkhoon, and One Peach and One Thousand Peaches. He is most well-known for his 1968 work, The Little Black Fish, a story for all ages, recognized as an allegory for children to explore the world and discover truth for themselves. What happens when you swim against the current? That’s the question at the heart of this book, which follows the little black fish on a journey from his stream to the sea. The story is made more poignant by the fact that it was written in the 1960s as an allegory for daring to hold different political views by an author whose early death was laid at the door of the regime. The Little Black Fish has been translated into several other languages. 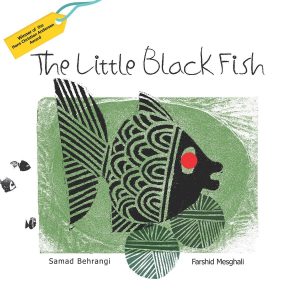 You can still register for PEN America's #WhattoExpect2020 virtual town hall event TODAY with @NotPoliticians and @VotingIsLocal. Hear from @nancywyuen and @AghoghoEdevbie, about what voters in Michigan can expect for the upcoming election! https://bit.ly/3o8eqyg