Digital Freedom and Crime in the Twitterverse 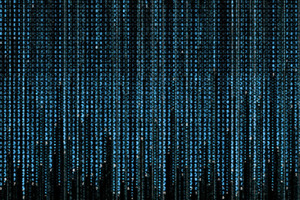 As the global reach of social media platforms such as Twitter and Facebook expands, important questions of Digital Freedom and free expression arise. In France, a group of Jewish students have taken Twitter to court over anti-semitic postings that erupted on the hashtag #unbonjuif (#a good jew). Twitter already removed the offending Tweets, yet the Paris branch of the French Union of Jewish Students argues that removing the content does not go far enough—the content of the Tweets themselves violate French criminal law against hate speech and Twitter should reveal the real names of the Tweeters so that the French police can conduct appropriate investigations. A decision from the French high court is expected this week.

The case bears some similarity to a case in New York, in which Occupy protester Malcolm Harris tried to prevent a state prosecutor from gaining access to his Tweets, which were no longer available online. Twitter initially refused to hand over Harris’s Tweets because a decision in favor of the prosecutor would set the dangerous precedent that Twitter would be forced to regularly hand information about its users over to authorities, an expensive and time consuming process that has implications for privacy. The judge granted the prosecutor’s request for the Tweets, which in turn proved that Malcolm Harris had not heeded police warnings to avoid marching on the street, and he plead guilty in early December. He was sentenced to six days of community service.

In November, PEN approved the Declaration on Digital Freedom, a concise statement of PEN’s position on four critical issues: the targeting of individuals by governments; censorship of digital media; government surveillance; and business and human rights. Drawing from the text of the Declaration, the request by the New York prosecutor and the civilian request for real names in France would both violate article 3(c), which requires adequate due process standards for surveiling individuals and mining information. Twitter, for its part, would meet its requirements under article 4, which governs business and human rights, by supporting the privacy of its users.

PEN’s view is that if the government seeks information posted on Twitter, whether in France or in New York, it should do so with tried and tested standards of due process. In the U.S., this would mean obtaining a warrant to request the Tweets by Malcolm Harris rather than the overbroad subpoena that the government used to collect vast amounts of data about Harris’s movements over several months, instead of just the day of the protest. It’s true that the Electronic Communications Privacy Act in theory applies to mobile phone usage, but it is an outdated and vague law enacted before the internet, so the government should default to a higher standard, not a lower one. In France, the request for information from Twitter should come from the government—not civilians—and meet the highest due process standards available under French law.

One solution that has been mooted is to require real name registration for internet and social media users. While a simple quick-fix on its face, real name registration has frightening implications for privacy. China and South Korea are both wrestling with this approach, which would place severe stress on civil society activists and potentially place them in danger of reprisal from government officials.

Other organizations are also working on these issues. For example, check out the Draft International Principles on Communications Surveillance and Human Rights, a project currently housed by EFF. And watch Al Jazeera’s informative (and theatric) debate about Twitter in France here.