Daughters of Toni: A Remembrance 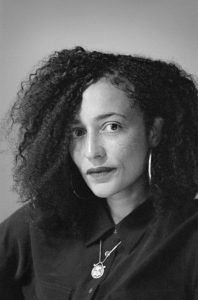 Author Zadie Smith reflects on the life and influence of Toni Morrison as part of PEN America’s tribute to the late Nobel laureate.

I read Toni Morrison’s early novels very young, probably a little too young, when I was around ten years old. I couldn’t always follow her linguistic experiments or the density of her metaphoric expressions, but at that age what mattered more even than her writing was the fact of her. Her books lined our living room shelves and appeared in multiple copies, as if my mother was trying to reassure herself that Morrison was here to stay. It’s hard now, in 2019, to recreate or describe the bottomless need she answered. There was no “black girl magic,” in London, in 1985. Indeed, as far as the broader culture was concerned, there was no black girl anything, outside of singing, dancing, and perhaps running. On my mother’s shelves there certainly were “black woman writers,” and “Toni” was first amongst them, but no such being was ever mentioned in any class I ever attended, and I can’t remember ever seeing one on the TV or in the papers or anywhere else. Reading The Bluest Eye, Sula, Song of Solomon, and Tar Baby for the first time was therefore more than an aesthetic or psychological experience, it was existential. Like a lot of black girls of my generation, I placed Morrison, in her single person, in an impossible role. I wanted to see her name on the spine of a book and feel some of the same lazy assumption and smug confidence of familial relation, of inherited potential, that any Anglo-Saxon boy in school felt—no matter how unlettered or indifferent to literature—whenever he heard the name of William Shakespeare, say, or John Keats. No writer should have to bear such a burden. What’s extraordinary about Morrison is that she not only wanted that burden, she was equal to it. She knew we needed her to be not just a writer but a discourse and she became one, making her language out of whole cloth, and conceiving of each novel as a project, as a mission—never as mere entertainment. Just as there is a Keatsian sentence and a Shakespearean one, so Morrison made a sentence distinctly hers, abundant in compulsive, self-generating metaphor, as full of sub-clauses as a piece of 19th century presidential oratory, and always faithful to the central belief that narrative language—inconclusive, non-definitive, ambivalent, twisting, metaphorical narrative language, with its roots in oral culture—can offer a form of wisdom distinct from and in opposition to, as she put it, the “calcified language of the academy or the commodity driven language of science.”

The thwarting of human potential was her great theme, but there was nothing subconscious or accidental about it—she couldn’t afford there to be. In The Bluest Eye, for example, how do you write about self-loathing without submitting to the same? Or demonizing the habit? Or handing the power of victory precisely to the culture that has created the feeling? All of it had to be thought through, and she thought about all of it, as a working novelist but also as a critic and academic. To me the most astonishing section of her final book of essays, The Source of Self Regard, is the level of sustained academic critique she was able to bring to bear upon her own novels, like an architect walking you through a building she’d made, with the same consciousness of its beauty but also of its use. Toni Morrison put herself in the service of her people, as few writers have ever been called upon to do, and she claimed it as a privilege. A large part of the project was the ennobling of black culture itself and its deliberate encasement in a vocabulary worthy of its glories. To those who considered the entrance to her buildings narrow she had many famous rejoinders. And now—in no small part because of her determination not to be swayed from her project—we of course understand that there are no such things as narrow entrances into the houses of history, experience, and culture. For when it comes to ways of telling, ways of seeing, every man’s story is infinite. Every black woman’s, too. This infinite terrain is what she opened up for girls like me who had feared otherwise.

In 1992, my mother’s close friend, the Ghanaian born, legendary Black-British publisher Margaret Busby, published the first volume of Daughters of Africa, in which Morrison was of course included, alongside more than two hundred contributors. Its title came from the words of Maria W. Stewart, the first African-American woman to give public lectures: “O, ye daughters of Africa, awake! awake! arise! no longer sleep nor slumber, but distinguish yourselves. Show forth to the world that ye are endowed with noble and exalted faculties.” A year after that, Morrison won the Nobel Prize. A year after that, I went to university to embark on a course of English Literature which included not a single daughter of Africa nor any sons either. Change was a long time coming, but Morrison stayed out front, leading us into the future, like a pilot light. This year, Margaret published the second volume of Daughters of Africa, equally large, in which many of the writers are not only daughters of Africa but also, metaphorically speaking, daughters of Morrison—a category in which I include myself. Morrison rejected the very concept of the narrow door and claimed for herself the wide world. She enriched our literary inheritance, and now every school child, whatever their background, can inherit Morrison as a literary forebear, a great American writer, who is as available to them—as ‘universal’—as any other writer in the canon. All readers and writers are indebted to her for the space she created.

Zadie Smith is an English novelist, essayist, and short story writer. She is the author of White Teeth, The Autograph Man, On Beauty, Changing My Mind, and NW, among other works.