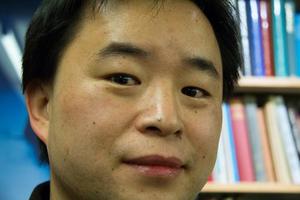 If you’re a writer and want to write a novel about life in modern China, you must steer clear of the following periods: the great famine from 1959 to 1962, the Cultural Revolution from 1966 to 1976, and the Tiananmen incident of 1989. Otherwise, you will find it difficult to get your book published.

If you’re an editor or a reporter, you must know which events can be reported, which can be reported with some caution, and which absolutely cannot be reported; otherwise you’re likely to be removed from your position, or even fired.

Every day propaganda departments issue all kinds of orders at their meetings, notifying people which words must not be mentioned, which must be blocked. Over the decades, these bans have never been withdrawn; they’ve piled high enough to become a new Himalayas.

In 1931, the magazine Middle School Students asked Lu Xun what he would say if he had a chance to talk with one of its readers.

Lu Xun answered that he would tell the student, “Let me ask you: do we have freedom of speech? If the answer is no, don’t blame me for not saying anything. If I must say something, I would say that the first step is to fight for freedom of speech.”

Eighty-one years after Lu Xun’s death, his works have been deleted from textbooks and the mission he passed on to future generations has yet to be accomplished. Generations of Chinese have fallen on this narrow and thorny road — but when they look back, they realize they haven’t walked far. When we open our mouths and talk what we’re fighting for is still the very right to speak.

When we look deep into China’s climate for free expression, we see a very complex situation. Every city, every publishing house, and every editor has its own standards. The same article that can be published in Guangzhou may be banned in Shenzhen, and may be published in Beijing only after revision. The same book that Editor A might publish might be considered a dangerous item by Editor B.

All media and publishing houses are institutions of the government. While their employees enjoy the rank, treatment, and welfare provided by the government, they must at the same time obey the government, which includes prior censorship and the cruel settling of scores afterwards. The strategy of the propaganda department to control the media is “Don’t kill them. Let them live in fear”.

Under such tremendous pressure, each and every media worker must assume the responsibility of a “speech censorship officer” who must make sure that every article that leaves his hand is harmless, free of being reactionary, free of pornography, free of sounding gloomy and decadent, and free of having any negative impact, or they will be responsible for some extremely serious consequences later. Some retired senior officials even volunteer to participate in this great cause of censorship. As soon as they find some banned terms, they pick up the phone and report to the government. They never consider that what they do is shameful. On the contrary, they are filled with a sense of justice, believing that they are defending their motherland.

In the past decade or so, the condition of freedom of speech in China has improved remarkably. But if any credit is due the government, it’s due to its powerlessness.

In the Internet age, the Chinese government learns new technology and techniques every day. It has set up a thesaurus for sensitive words, adopted the most advanced firewall technology, and hired a huge number of anonymous people to defend it. It has blocked numerous foreign websites, including Facebook, Google, and Twitter. It has purged websites in the names of sweeping pornography and attacking rumors. Not long ago the comment function on the most influential Sina and QQ microblogs were shut down.

But while these means are very powerful and frightening, the government appears powerless when faced with the even more powerful Internet technology. Like an old, broken lawn mower, every time it cuts a weed’s leaf, several new leaves grow.

In the gap between technology and regulatory instruments, the Chinese people are finally able to hear some free words and to read some true facts that the government has not yet had time to block. The high-speed train accident, the Wukan anti-government protests, the Chen Guangcheng incident, and many other incidents and events all set off huge waves on the Internet before a ban was imposed. More and more people joined in to make comments and publicize facts online, on blogs and microblogs.

It reminds me of what an ancient Chinese wise man said: Blocked words are like a flood: they will one day make the dam collapse.

You can’t imagine how much wisdom and energy the Chinese people have to expend on their choice of words. On the Internet, people call Falun Gong “wheel”. The year 1989 has become “the year before 1990” June 4 is now “May 35”, tank is called “tractor”. Deputy mayor Wang Lijun, who recently caused a sensation, is cleverly called “head nurse Wang Lijuan”.

Speakers and listeners understand these words: censors pretend not to understand them. In this way, a harmonious society comes into being.

On April 22, 2011, a Chongqing netizen named Fang Hong passed a joke online: When Bo Xilai asked Wang Lijun to eat his shit, Wang Lijun asked the procurator to eat it, who then asked Li Zhuang to eat it. Li Zhuang said: whoever shit it should eat it.

Two days later, Fang Hong was arrested by the Chongqing police and was sentenced to one year of re-education through labor.

Murong Xuecun (real name Hao Qun) is a writer based in Beijing whose popular novels often invoke the ire of authorities. This article by appeared in PEN’s 2013 Report “Creativity and Constraint in Today’s China,” which can be read in full here.