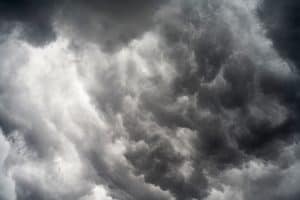 Kyle Hedquist was awarded Honorable Mention in Memoir in the 2019 Prison Writing Contest.

The crumpled penitentiary newsletter lay in my makeshift garbage can; like most weeks the news meant little to me. I was 21 years old and the last thing I was interested in was this, the last article I read before tossing the newspaper in my trash.

The article read like a “Help Wanted” sign. The exciting and new opportunity being offered was a program called Hospice, a program I had never heard about, that was being established in the prison infirmary, a place I had never been. Volunteers were needed to take care of a bunch of old men dying in the infirmary (most of them probably sex-offenders). Just like I thought, another worthless article.

I was a convicted murderer, why would I want to care for strangers dying in a prison infirmary? At the same time, my grandfather was slowly dying from Parkinson’s disease, and I felt helpless behind the 25-foot concrete walls. Two weeks later, I received notice of an interview.

The room was coated in the multiple layers of dingy white paint only seen in prison. The floors were the color of coldness and worn from decades of scrubbing and machine-wheel wear. Three prison staffers sat behind a table questioning my interest and motivation for volunteering for this new program. At 22 years old, I was the youngest applicant. I had very little interest and I didn’t know what had motivated me to apply. Nevertheless, I found myself attending a 12-week community-led training course.

We soon had three “clients.” The dying prisoner had to sign up to participate in Hospice. I quickly found myself sitting with a terminally ill man, who, otherwise, was much like myself. We were both confused and afraid. I didn’t know of what, but I had never met death. Despite being in prison for murder, I was uncomfortable with the idea of being with someone as they died. Sometimes all I could do was sit and listen, I didn’t like that I wanted to “do” something. But I sat and listened to shallow labored breathing, and stared at cold clammy hands laying atop sheets that needed changing several times a day. I had never changed an adult diaper before, but early on in my training I had made up my mind that no client of mine would sit in his own feces and urine.

From my clients, I learned a lot about how the body prepares to leave this Earth. Death, I would learn, comes on its own terms and in its own time. Death is a heavy damp fog that leaves every room bitterly cold. Its smell would permeate my clothing and my hands. I could taste death on my lips, my eyes would burn when I left the room and entered the bright sunlight and filled my lungs with fresh air. Some clients left quietly almost with a sense of peace others left this world violently, full of pain and fear. Death came for all of them, it took them and waits for each of us. The Hispanic population had a nickname for us, Death Dealers; they revered death and saw us as warriors in the battle between Death and Life. I didn’t feel like I was winning any battles. I sat for years with dozens of dying men, I sacrificed my free time, spent hours listening to their stories, their regrets, and yes even their confessions of brutal crimes: murder, rape, child molestation. They were all liars and thieves. The more I heard, the dirtier I felt. I became angry and thought that maybe this way some cruel cosmic justice.

Was this Death’s final punishment for criminals? Would this be my punishment for my crime? I couldn’t have known all those years ago that death would bring my humanity back. So I sat, I listened, their teary-eyed regurgitation of their crimes burned my ears, they left a bitter taste in my mouth as I consumed the confessions. Their pain would burrow itself into my flesh, my heart weighed heavy, at times I was emotionally drained and physically exhausted as I carried their pain. Was this my punishment for murdering someone? I strove to feel their regrets; I wrapped their sorrows around my shivering body like a worn-out hospital blanket. I couldn’t understand, but somehow just being with them and listening lightened their burden before death stepped in to take them. There were times that I witnessed death’s arrival. But I knew he was always near, counting the breaths as I did hour by hour. Sometimes I didn’t want him to come; I cried in my cell not wanting my relationship to end, “not yet,” I would whisper.

My grandfather died and I didn’t hold his hand. I didn’t change his bedding. I did not have the privilege of listening to his story—did he have regrets, did he have confessions to make? I wasn’t there when death came for him. I didn’t plead with death to wait. I’ve questioned my motives, my purpose, and my role in prison. Murder brought me to this place, but it was dealing with death that brought me back to life. I will spend the rest of my life in prison for the crimes I committed. But you will find me sitting, listening, and waiting to meet Death in the cold infirmary of the State Penitentiary.

The @chicagotribune is offering buyouts to its senior employees, raising fears that the newspaper will be stripped of assets.
https://bit.ly/2GagD7B