Communicating During Contentious Times: Dos and Don’ts to Rise Above the Noise

During times of uncertainty and/or political tension, community leaders and trusted messengers–including librarians, local journalists, faith leaders, activists, and others–play a leading role in disseminating news and information through their networks and must therefore be equipped to communicate effectively. PEN America partnered with Over Zero to create “Communicating During Contentious Times: Dos and Don’ts to Rise Above the Noise,” a new guide for community leaders to use in their pursuit of credible and peace-forward messaging strategies. We called upon our respective areas of expertise, including free expression, disinformation defense and media literacy, political and identity-based violence prevention, and strategic communication, to inform this resource guide.

We emphasize the importance of localizing the message, of prioritizing the needs of communities targeted by disinformation campaigns and political violence, and paying close attention to language. This resource specifically contains:

Our Partnership With Over Zero

As experts in building societal resilience to political and identity-based violence, our partners at Over Zero exhibit the kind of thoughtful approach necessary to discuss messaging that defuses risks of further division and violence. Over Zero is an organization that was founded in response to the global need to counteract and prevent identity-based violence and other forms of group-targeted harm. You can learn more about Over Zero at projectoverzero.org.

Our Work on Disinformation

PEN America understands disinformation as a fundamental threat to free expression and democracy and has taken up this urgent issue as a core part of our work, beginning in 2017 with the publication of our report Faking News: Fraudulent News and the Fight for Truth, in which we anticipated the potential risks if disinformation went unchecked, including “unending political polarization and gridlock; the undermining of the news media as a force for government accountability; a long-term risk to the viability of serious news; an inability to devise and implement fact- and evidence-driven policies; the vulnerability of public discourse to manipulation by private and foreign interests; an increased risk of panic and irrational behavior among citizens and leaders; and government overreach, unfettered by a discredited news media and detached citizenry.” Today we see a deluge of falsehoods, in words and images, injected into the public conversation, often in deliberate campaigns by sources who seek political, financial, or societal advantage. Disinformation impedes the public’s access to the accurate information needed for civic engagement and informed decision-making. It undermines our public discourse, sows discord, and weakens our political system and ultimately our democracy upon which free expression rights rest. 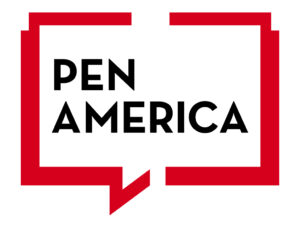 Zimbabwean journalist @daddyhope tweeted that it would be "a major disaster especially in Africa where State sponsored Ghost accounts were suspended for endangering human rights activists & journalists!"
https://www.axios.com/2022/11/25/musk-suspended-twitter-accounts-amnesty-plans-alarm-activists

⭕️ Online abuse shouldn't silence people or stop them from sharing their perspectives.

@NDI and @PENamerica have created an Arabic-language manual to help journalists and activists protect themselves online and navigate the digital landscape. ⬇️
https://onlineharassmentfieldmanual.pen.org/ar/

The reason I’m not leaving — yet, anyway — is that I dread “unwinding connections to sources, colleagues,” and over 1.35M followers. The alternatives don’t yet ”offer the same reach, or the rich vein of dissimilarity across social and geographic lines.”
https://www.newyorker.com/news/daily-comment/why-i-quit-elon-musks-twitter