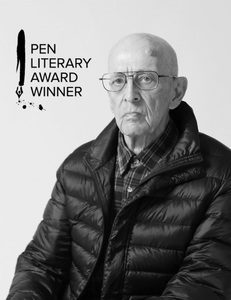 Burton Watson, the great translator of classical Chinese and Japanese literature and recipient of the 2015 PEN/Ralph Manheim Medal for Translation, passed away in Japan earlier this month at the age of 91. Watson translated dozens of works of classical East Asian poetry over a long and fruitful career and inspired generations of readers, scholars, and translators. His translations included (among many others) the works of Chuang Tzu, Han-shan, Su Tung-P’o, and Po Chü-i – poetry, prose, histories and sacred texts. To honor him, translator Lucas Klein has been collecting remembrances of Watson on his blog, Notes on the Mosquito, from contributors including J. P. Seaton, Sam Hamill, Jonathan Chaves, John Bradley, Jeffrey Yang, Jesse Glass, and Victor Mair, with more to come. For a beautiful appreciation of Watson’s work, see Klein’s essay “Not Altogether an Illusion: Translation and Translucence in the Work of Burton Watson,” published in 2014 in World Literature Today. Heartfelt condolences to all who knew and loved him.  [By Susan Bernofsky, reprinted from Translationista]