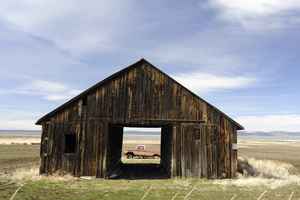 This week in the PEN Poetry Series, guest editor TC Tolbert features a poem by CAConrad. About Conrad’s work, Tolbert writes: “For me, the worst that could happen to poetry would be that any given poet’s work end at the page. But like many writers, I was trained to regard poems as separate from poets. I was taught to not be too political or too erotic in my writing. And, as if this isn’t also political messaging, I was taught that poems are a kind of capital and that poetry is a business and production is the purpose of writing. So it was with a kind of exhilarating relief that I was exposed to CAConrad’s work and got to hear him speak about breaking out of the poetry ‘factory’ almost 4 years ago. There he explained that he was working on a series of (Soma)tic rituals as a way to move away from the ‘factory’ into an ‘extreme present’ in which he can notice, and be in contact with, the ‘creative viability of everything.’ A poetics of inclusivity. He helped me learn that attention is action and how we spend our attention is how we live our lives. It is no exaggeration to say that my experience of CA (the person, the poet, the process, the poem) has altered not only the course of my writing but also the trajectory of my life. It isn’t that he is gay (although he is), it’s that his poetics are radically queer. What his (Soma)tics offer us is a way of collaborating—a redistribution power—a way of saying, I see you, world. And I’m going to love you fiercely back to life.”

Lavender, roses, dandelions, squash blossoms, honeysuckle, sitting by flowers is where I waited for the bees. My fingertips to their vibrating furriness, lightly brushing them, giving them some love as they tirelessly work for their queen. I have been greeting not denying my gray hairs, my wrinkling, loosening skin of my half-century vehicle of flesh. Dear Fred, I am forever seeking the strength to deserve poetry and if I do not have it some mornings I pretend I have it until I believe I have it and then I have it. I took notes for the poem.

I pressed the tip of my tongue to the back of a large bumblebee and fell into the grass with eyes closed to savor the taste. Blotches on my skin, waning sperm count, weakening eye sight, looking in the mirror, “I am made of billions of cells and we are now half way (or more than half way) through the magic of being alive together. We will leave this world while living by the strength of poems.”  There is a mirror, flowers to smell, bees to pet and taste, and more notes for the poem.

Dear Fred, sometimes trees clear as I drive along rivers and I glimpse the veins of our planet pouring over boulders with green scum and fish. Anne Boyer taught me the Latin for “learn to die” and I shout to the water “DISCITE MORI!  DISCITE MORI!” Bloodletting rivers of us cavort downhill in a world of distraction. Behind a Frito Lay truck, imagining the delicious Frito corn chips in boxes and crates as I pass him on the left to catch his beautiful smile.

Dear Fred, sometimes the bees out here taste like an insecticide a poet wrote the advertising jingle for. Taking notes for a poem, aging each second. Horses and new colts race past a patch of wild violets I found on a clump of sun-warmed earth. This is when I found a hive. I could hear them at first. They must have known I was completely at ease, landing on my eyebrows and toes, dancing, but no stings. My final goal was to have sex near a hive but my boyfriend Rich backed out at the last minute. I placed an add, “Queer seeks man for sex next to beehive.” Some responders said they would have sex with me in the woods, but minus the beehive, and one said I sounded weird and he had to meet me. So I was on my own, masturbating next to the purring honeycomb. They were curious of my activity dancing on my shoulders and thighs, but no stings. It took me five decades to have sex with bees. That’s too long to wait. My notes became a poem about horses titled “Bug I Love You.”

Bug I Love You