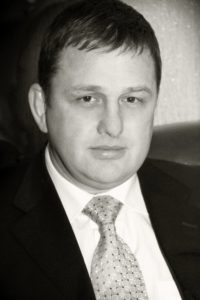 Vladyslav Yesypenko, a freelance journalist for the Krym.Realii project at Radio Free Europe/Radio Liberty, was detained in March 2021 by the Russian Federal Security Services (FSB) while reporting in Crimea on spurious charges of espionage and the illegal manufacture of firearms. Immediately before his detention, Yesypenko had been attending an event in honor of Ukrainian poet Taras Shevchenko in Simferopol. While in detention, he reported being tortured by FSB agents and forced to confess to various crimes, including espionage. Months later, he was charged with making and transporting explosives, and after almost a year in pre-trial detention, on February 16, 2022, he was sentenced to six years in prison. On August 18, his sentence was reduced slightly to five years in prison. PEN America has joined many international organizations in declaring the case against him to be politically-motivated. His case is currently being appealed by his legal team.

April 19, 2022: PEN America announces Yesypenko as the recipient of the 2022 PEN/Barbey Freedom to Write Award. He will be honored at the 2022 PEN America Literary Gala on May 23, where the award will be accepted by his wife, Kateryna Yesypenko.

November 15, 2021: PEN America honors Yesypenko at the annual Empty Chair Day event, which draws attention to writers at risk and threats to free expression on the Day of the Imprisoned Writer. Yesypenko’s case was highlighted at an in-person rally outside of the Russian Consulate General and at a virtual reading and panel discussion on writers imprisoned globally.

March 19, 2021: PEN America releases a statement condemning the arrest of Yesypenko. In the statement, PEN denounces the methods of torture used in Yesypenko’s interrogation.

Vladyslav Yesypnko is a Ukrainian freelance journalist. Originally from mainland Ukraine, his family briefly relocated to the Crimean peninsula in 2013. While Yesypenko, his wife, and his daughter moved back to the mainland following the start of the Russian occupation of Crimea, Yesypenko continued to commute to and from Crimea to report for Krym.Realii, a project of Radio Free Europe/Radio Liberty.

Yesypenko’s journalistic work profiles ordinary social issues, from price changes to property confiscation, that are of immediate concern to residents of Crimea. Some of his best-known projects for Krym.Realii have profiled the current circumstances of Crimean Tatars across the peninsula, as well as ecological crises and destruction brought on by the ongoing Russian occupation of the region. In the days leading up to his arrest, Yesypenko had been collecting footage for a video of Crimean residents talking about how their lives had changed in the years since Russia’s takeover of the peninsula.

As his work required, Vladyslav Yesypenko was in Simferopol, Crimea to report on and attend an event in honor of the birthday of Ukrainian poet Taras Shevchenko. After the event, while driving through the mountains, Yesypenko was stopped by Russian authorities and brought to a detention facility for questioning. The authorities, representatives of the Russian FSB, claimed that they had found objects resembling explosives in Yesypenko’s car, and purported that his purpose in Crimea had to do with espionage.

While at the detention center, Yesypenko was repeatedly tortured, threatened with death, and forced to confess to crimes he had not committed, including that of espionage for the Ukrainian government. He was also prevented from accessing independent legal counselors that had been hired by his wife, Kateryna. He then waited in the pre-trial detention center for months, anticipating the announcement of his charges. During her husband’s time in pre-trial detention, Kateryna Yesypenko reported that torture had caused Yesypenko’s health to rapidly deteriorate, including the aggravation of a kidney condition that caused Yesypenko to be transported to a civilian hospital for treatment.

Months later, in July 2021, Yesypenko was charged with illegal weapons manufacture and transport, and was found guilty in February 2022, after a closed-door trial. Prosecutors had demanded an 11-year sentence for Yesypenko; he was sentenced to 6 years in prison and fined 110,000 rubles. On August 18, his sentence was reduced slightly to five years in prison in addition to the original fine of 110,000 rubles. There has been frequent outcry against the verdict, including from Yesypenko’s employer, Radio Free Europe/Radio Liberty. Currently, Yesypenko remains in detention, awaiting the appeal of his case.

“I am grateful to the huge number of people and the media who are fighting for me at large. And they help in the Crimea. Thanks also to the Russian FSB, which provided an unprecedented opportunity for a freelance journalist for Radio Liberty not only to become an observer in a pre-trial detention center in the occupied Crimea, but also to try their hand at their “investigation” methods, which can either drive them crazy or put an end to them. It didn’t break me, but my hair seemed to turn gray.” – Vladyslav Yesypenko, in a letter written from pre-trial detention, for the Krym.Realii project

Russia’s large-scale invasion of Ukraine in February 2022 is the latest development in an ongoing campaign that began in 2014 with the occupation of Crimea and military support to separatists in the Donbas region. These events have posed grave threats to writers, journalists, and others engaged in cultural production across the country of Ukraine, especially in occupied regions and war-torn cities, and threatened the profound democratic advancements Ukraine has made in recent years. Nearly 60 journalists in Crimea alone have faced increased pressure from the Russian authorities in recent years. As Ukrainian citizens face high risks of both internal and international displacement, journalists need more support than ever to record these stories for countless platforms, especially in the face of the ongoing Russian disinformation campaign to falsely depict what is happening during the war. More updates about how PEN America is defending free expression in Ukraine can be found here.

[VIRTUAL] Day of the Imprisoned Writer: Writers as Champions of the Right to Free Expression