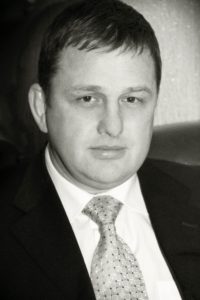 Ukrainian freelance journalist Vladyslav Yesypenko was detained by the Federal Security Service (FSB) of the Russian Federation on March 10, 2021, in Russian-occupied Crimea. Immediately before his detention, Yesypenko had been attending an event in honor of Ukrainian poet Taras Shevchenko in Simferopol. Working with Krym.Realii Project, a Crimean radio access program and news source run by Radio Free Europe/Radio Liberty, Yesypenko’s work has covered ordinary social issues affecting residents of Crimea and has delved into the profound impacts of Russian occupation on the lives of Crimean Tatars across the peninsula. Accused of baseless charges of espionage and the illegal manufacture of firearms, Yesypenko spent nearly a year in pre-trial detention, and in February 2022, he was convicted and sentenced to six years in prison after a trial marred by systemic due process violations. Leading up to his conviction, he was tortured with electric shocks, forced to confess, and threatened with death. On November 15, 2021, PEN America highlighted the injustice of his detention at an Empty Chair Day action, also known as the Day of the Imprisoned Writer. In honoring Vladyslav Yesypenko with the 2022 PEN/Barbey Freedom to Write Award, PEN America recognizes his courage in continuing to tell the stories of Ukrainians who have faced years of Russian occupation, and we seek to illuminate the dangers the Russian invasion of Ukraine poses to journalists, writers, and freedom of expression itself.

MICHAEL DOUGLAS: It is an honor to be here tonight … a time of conflagration and global threat to our values of democracy and liberty … to present the PEN/Barbey Freedom to Write Award to Vladyslav Yesypenko. As you have heard, he is a courageous truth-teller, a patriot, a beloved father and husband. In his work as a journalist, he has sacrificed his own freedom to bring to us the stories and the truths of the people of Ukraine.

My own family has roots in this region now torn by war. And like so many of us, I am awed by the bravery of the people of Ukraine today and their powerful resistance to the campaign by Vladimir Putin and the Russian regime to wipe the country, its culture and its history right off the map. Amid this brutal conflict, if ever it was a time for us to understand what it means to defend democracy … the right to live and speak freely … that time is with us.

I am joined now on stage by Vladyslav’s wife Kateryna Yesypenko. An economist by profession, and mother of their seven-year-old daughter, Stephania, who stands beside her, Kateryna has become a relentless champion for her husband’s freedom. PEN America, along with our partners at PEN Ukraine, are joined with Kateryna in this determined mission … one that with your support will press on with advocacy here in the U.S. and worldwide until this family is reunited, and Vladyslav is free to take up his microphone again.

KATERYNA YESYPENKO: Good evening. My daughter, Stephania, and I accept this award on behalf of my husband and her father, Vladyslav Yesypenko. More than anything, I wish that he were here to accept it himself.

But my husband has been in prison for 15 months because, and only because, he is a journalist. Vladyslav knew that reporting in Russian-occupied Crimea was dangerous, but he believes that people deserve to know what’s going on, to know what the truth is.

He also believes in the profound importance of telling the stories of those whose lives do not ordinarily make headlines or front pages. That’s why he chose to bring to the world what it’s like to live in a village without electricity, to be a child whose playground is a decrepit field in a country at war. To him, that is the only way for the world to understand what has been happening in Crimea under Russian occupation.

My husband believes this so deeply that he is prepared to risk his life. I share his commitment, and my life’s work, as long as he is imprisoned, is to advocate for his freedom, his right to come home to us, and to carry on with his journalism.

I have just returned from my second trip to Washington, this one with PEN America to meet with government officials who I hope will demand Vladyslav’s immediate release and an end to the persecution of independent journalists and all those who want to write and speak freely. I know my husband shares this hope – hope that the democratic world will unite against Vladimir Putin’s aggression.

That is what keeps him and the over 100 other Ukrainian political prisoners Putin holds captive going.

The support of PEN America, of Peter and Pamela Barbey who have been so generous to make this award possible, of everyone here tonight to honor Vladyslav, of all of us who believe an independent press and the right to free expression are important, indeed essential – that is what keeps me going.