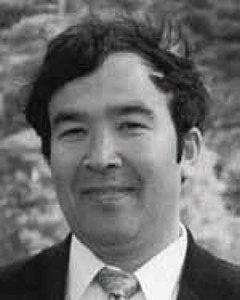 Tohti Tunyaz was released from Xinjiang Uyghur Autonomous Region Prison No. 3 in the provincial capital of Urumqi upon completion of his 11-year sentence, in February 2009. His wife, now a naturalized Japanese citizen, has requested that the Chinese government allow him to travel to Japan for medical treatment and to continue his studies.

Tohti Tunyaz (pen name: Muzart) is an ethnic Uyghur historian and writer. Tunyaz graduated from the history department of the Central Institute of Nationalities, Beijing, in 1984 and was assigned to work for the China National Standing Committee. During this time he reportedly formed a close relationship with former Xinjiang governors Seyfundin Eziz and Ismail Emet, and was involved in the translation of Eziz’s works. Tunyaz began studying for his Ph.D at Tokyo University’s School of Humanities in Japan in 1995, specializing in Uyghur history and ethnic relations. He has reportedly published several papers on Uyghur history in Japan, and has published a book in Beijing.

Tohti Tunyaz was first arrested on February 6, 1998, a few weeks into a trip to Xinjiang Uyghur Autonomous Region for research purposes. The authorities claimed that, by obtaining and copying part of a 50-year-old document for his research—with the help of an official librarian—he had stolen classified information.

On November 10, 1998, Chinese authorities charged Tunyaz with “stealing state secrets for foreign persons” and “inciting national disunity,” the latter charge allegedly for publishing a book in Japan in 1998 entitled The Inside Story of the Silk Road. According to the Chinese government the book advocates ethnic separation; scholars in Japan, however, insist no such book exists. He was convicted by the Urumqi Intermediate People’s Court on March 10, 1999, and following an appeal, was sentenced by China’s Supreme Court on February 15, 2000, to 11 years in prison with an additional two years’ deprivation of political rights.

In December 2001, the United Nations Working Group on Arbitrary Detention issued an official opinion declaring Mr. Tunyaz to be arbitrarily detained. Tohti Tunyaz is also an Honorary Member of the Canadian, Catalan, English, Japanese, Lichtenstein, and Perth PEN Centers. In 2002, he was the recipient of a PEN/Barbara Goldsmith Freedom to Write Award.

Tohti Tunyaz was released in February 2009, upon completion of his sentence. Though his wife requested that he be allowed to travel to Japan for medical care, Chinese authorities reportedly offered them both jobs to encourage them to remain in the country.