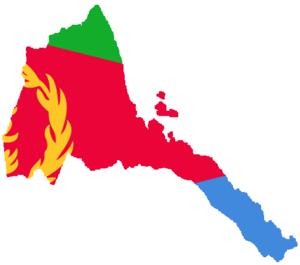 According to a letter smuggled out of prison, all of the journalists—with the exception of Yohannes and Abdelkadir—began a hunger strike on March 31, 2002, in what they said was a protest against their illegal detention and to demand “justice before a fair and independent court.” Those on hunger strike report that they have only undergone questioning on one occasion. Their interrogators wanted to know if they had links with 11 government officials who were detained in September 2001 after publishing an open letter critical of the government. Several other journalists have fled the country to avoid arrest.

In April 2004, it was reported that the journalists were being held in secret security sections of the 2nd and 6th Police Stations of Asmara.

According  to the Committee to Protect Journalists, Fesshaye (Joshua) Yohannes died on January 11, 2007, from severe ill treatment and the denial of medical treatment while in prison. PEN America has been unable to independently confirm his death. There have also been credible but unconfirmed reports that four more of the detainees—Dawit Habtemichael, Matheos Habteab, Said Abdelkadir, and Medhanie Haile—have also died in custody since 2006.

Amanuel Asrat was awarded with the PEN International Writer of Courage prize in October 2020. However, his whereabouts are still unknown and he is believed to still be detained in a maximum security prison.

On September 18, 2001, Eritrean authorities abruptly banned all non-state print media outlets. According to sources in the capital, security forces then sealed off the newsrooms of Tsigenay, Meqaleh, Keste Debena, Zemen, Setit, and Admas after removing computers, phones, fax machines, and other equipment. A few days later, police began rounding up independent news professionals. By September 25, 2001, officers had arrested at least 11 reporters and held them incommunicado.