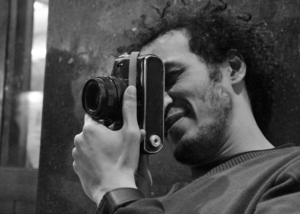 Shawkan was arrested on August 14, 2013, while covering the dispersal of the Rab’a Al Adweya sit-in as a photojournalist. He spent more than five years behind bars, where his detention exceeded the time allowed under Egyptian law. Shawkan and some 700 other defendants arrested that day faced a range of arbitrary charges including weapons possession, illegal assembly, murder, and attempted murder. The prosecutors charging the case requested the death penalty, despite widespread protests against his detention by human rights and press freedom organizations. The judge postponed his sentencing hearing until July 28, 2018, and after further delays, the trial actually took place on September 8, 2018, where the court handed Shawkan a five-year prison sentence, time he had technically already served. Despite this, he was not released until March 4, 2019, under onerous conditions that require him to spend every night in a police station. His case is currently under appeal.

Shawkan is a journalist and photographer who often depicted daily cultural life and produces street portraits. He is a contributor to publications such as Time Magazine, Die Zeit, BILD, Media Group, and the online photo agency Demotix. Various human rights organizations, such as Index on Censorship, Amnesty International, Open Democracy, IFEX, and Global Voices, have also utilized his images. In addition, Shawkan covered political protests in Cairo’s Tahrir Square. His agency says of his coverage of the political protests that it was “completely impartial with a simple objective – to tell the news from the perspective of a local photographer who had lived in Egypt all his life.” Shawkan was arrested on August 14, 2013 while covering the dispersal of the Rab’a Al Adweya sit-in as a photojournalist. He was arrested along with two other journalists: Louis Jammes, a French photographer, and Mike Giglio, a US reporter working for the Daily Beast. The two other journalists were released because of their foreign citizenship and passports. However, Shawkan, who is an Egyptian citizen, was consequently beaten and detained. All of his personal belongings, including his camera and cellphone, were taken from him.

Shawkan remained in detention since his arrest in August 2013. According to Amnesty International, his trial was delayed over 50 times in the almost five years he was in prison; eventually, in 2018, he stood trial on unjust charges of weapon possession, illegal assembly, murder, and attempted murder along with more than 700 other defendants who were involved in the protests. Shawkan’s trial alongside the other defendants harms the chances of the court recognizing that he was arrested in the course of his work as a journalist. Courts have previously handed down life sentences and the death penalty in mass trials involving fewer defendants than those in Shawkan’s case.

Shawkan has been diagnosed with hepatitis C and anemia, and his lawyer reported that his health deteriorated in Cairo’s Tora Prison, where he was being held. Human Rights Watch has identified several prisoners, some of whom had hepatitis C, who have died because of the lack of proper health care within the Egyptian prison system, which is inadequately equipped to care for people with grave illnesses.

October 19, 2019: The London-based Media Legal Defence Initiative (MLDI) submits a petition to the UN’s Working Group on Arbitrary Detention, arguing that due to the terms of Shawkan’s release, he should still be considered arbitrarily detained. The petition states that he has spent every night since his release in March in police custody, and has undergone “torture and ill-treatment, forced labor and exploitation,” that he is forced to carry out tasks under threat of violence, and that authorities do not provide him with food, bedding, and other critical supplies while detaining him overnight. The UN continues to call for Egypt to release Shawkan.

March 4, 2019: Shawkan is released from prison, but under onerous conditions of police observation, requiring him to go to the police station for 12 hours of each day, from 6pm to 6am, for the next five years.

November 12, 2018: Al-Shorouk newspaper reports that it has obtained a legal document stating that, instead of compensation, an additional 6-month sentence has been handed to Shawkan, extending his imprisonment to February 2019.

September 8, 2018: After several postponements of the verdict, the court hands Shawkan a five-year prison sentence. Since he had already technically served this time behind bars, he could have been due for release.

May 5, 2018: Lawyers for the case begin closing statements in an Egyptian court.

May 2, 2018: Shawkan is honored with the UNESCO 2018 Guillermo Cano Press Freedom Award.

November 2016: The Committee to Protect Journalists honors Shawkan with one of its International Press Freedom Awards.

December 12, 2015: After more than two years in prison, Shawkan’s first hearing as part of a mass trial is adjourned in order to give the court time to prepare a larger room to accommodate over 700 defendants, approximately 20 of whom are children.

September 2015: Shawkan’s case is finally referred to court, and he is officially charged, though the trial is repeatedly delayed.

August 2015: One of Shawkan’s lawyers tells the Committee to Protect Journalists that Egyptian authorities should release the journalist since he had been in prison for two years without a trial. The Egyptian criminal code stipulates a two-year maximum for individuals jailed without a trial.

April 2015: In a letter to Amnesty International describing the conditions at Tora prison in southern Cairo, Shawkan wrote that he was treated “like an animal” and that being indefinitely detained is “psychologically unbearable.”

December 2013: He is transferred to the Tora Prison Complex in Cairo to await his trial.

August 14, 2013: Shawkan is arrested while covering the dispersal of the Rab’a Al Adweya sit-in as a photojournalist while documenting clashes between Egyptian security forces and supporters of the ousted president Mohamed Morsi on behalf of U.K.-based citizen journalism site and photo agency Demotix.

In 2013, democratically elected Islamist president Mohamed Morsi was toppled by a military coup and replaced by the chief of the Egyptian Armed Forces Abdel Fattah el-Sisi. Immediately following the coup, Sisi implemented a brutal crackdown that left over 1,400 dead and anywhere from over 16,000 to 40,000 detained or indicted. Since then, the government has curtailed freedom of expression in a multitude of ways: by instating a harsh anti-protest law, leveling falsified charges to quash media that confront the established national narrative, introducing a law that fines journalists for reporting “false news,” outlawing association with what the government deems “terrorist groups” like the Muslim Brotherhood, and persecuting individuals who express different religious or political viewpoints through fines, harsh prison sentences, or even death. As of the end of 2017, there were 20 journalists imprisoned in Egypt, and in Reporters Without Borders’ 2017 ranking of press freedom, Egypt was listed at 161 out of 180 countries.

“Photography is not just a hobby for me,” Shawkan wrote in a letter in March 2015 to mark his 600th day behind bars. “It is an actual way of life. It’s not just how you hold a camera and snap a picture. It’s the way that you see life and everything around you. … My passion is photography, but I am paying the price for my passion with my life. Without it, a part of me is missing.”

Conviction of Photojournalist Shawkan is an Absurd Injustice

Thank you @JustinTrudeau for your solidarity with Nasrin Sotoudeh, and for supporting @PENamerica’s global campaign to #FreeNasrin! https://twitter.com/justintrudeau/status/1307473114427723778

The deadline to apply to PEN America's Fall Free Speech Advocacy Institute for high school students has been extended to next Friday 9/25. Don't miss this unique opportunity to learn all about free speech issues in the US and abroad! https://bit.ly/3hBebYT