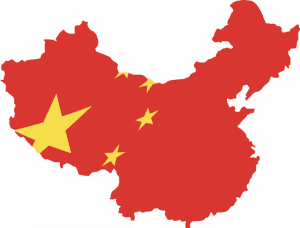 Liu Jingsheng is a peaceful opposition activist and a former co-editor of Tansuo (Explorations), a journal he founded in the late 1970s along with Wei Jingsheng. He was born around 1950, and played a leading role in the Democracy Wall movement of the late 1970s; this involvement led to a theft charge and his arrest, along with Wei, for producing and distributing their journal. Upon his release he resumed his job as a bus driver, and nothing was heard of him outside of China until 1992, when he was arrested for his associations with “counter-revolutionary organizations.” He was released in November 2004, two and a half years before his sentence was set to expire.

On May 28, 1992, Liu Jingsheng was arrested as one of the “Beijing Fifteen,” the largest group of Chinese labor and democracy activists to be tried since the prosecutions of the 1989 protestors came to be known. Liu and the others were detained incommunicado for two years until their trial in July 1994, at which Liu was found guilty of membership in counter-revolutionary organizations, most notably the Chinese Progressive Alliance, Liberal Democratic Party of China, and Free Labor Union of China (a group which calls for increased workers’ rights). The accusations also included playing a leading role in the Liberal Party and in the drafting and distribution of documents concerning the Preparatory Committee of Free Labor Union; the dissemination of pro-democracy leaflets around June 4, 1992; and involvement in the production of the Freedom Forum journal and a statement on China’s human rights situation.

Following the announcement that Liu Xiaobo had won the 2010 Nobel Peace Prize, Liu Jingsheng was one of a number of activists and Xiaobo supporters governmental authorities targeted for celebrating the designation. Jingsheng was placed under house arrest with two policemen guarding his apartment.

Liu Jingsheng is also an Honorary Member of the English, German, New Zealand, Netherlands, and Swedish PEN Centers. In 1998 he was a recipient of a PEN/Barbara Goldsmith Freedom to Write Award.

What if social media platforms offered instant extra protection & support to users bombarded by cyber mobs? Together w/@PENAmerica & the Coalition Against Online Violence, we're calling on @Twitter to #FightOnlineAbuseNow by building an SOS feature: https://buff.ly/2Xkltv6

ICYMI: We spoke with author @stevenreigns about his new book A QUILT FOR DAVID, his writing process, how writers can affect resistance movements, and more for this week’s #PENTen interview. https://pen.org/the-pen-ten-steven-reigns/

What if social media platforms detected & siloed abusive content so you didn't have to see it unless you chose to? Together w/@PENAmerica & the Coalition Against #OnlineViolence, we're calling on @Twitter to #FightOnlineAbuseNow: https://bit.ly/2U0PTR2