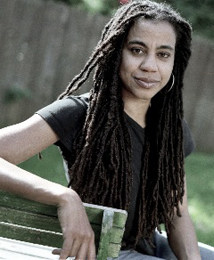 Three awards from PEN and the Laura Pels International Foundation for Theater honor a Grand Master of American Theater, a mid-career playwright with an outstanding voice, and an emerging playwright who demonstrates great promise. The PEN/Laura Pels International Foundation for Theater Award for Master American Dramatist recognizes a master playwright with the presentation of a specially commissioned art object.

As a prolific and consistently vital theater artist, Suzan-Lori Parks is peerless among contemporary American playwrights. Equal parts anthropologist, mapmaker, and medium, she gives us plays that have the feel of discovery. For over three decades, the fusion of her vivacious intellect and boundless imagination have created stories and theatrical language, both free-wheeling and acute, that name our collective and often unacknowledged truths. We need her voice now more than ever and look forward to further provocation and astonishment. We are honored to recognize Suzan-Lori Parks as a master playwright.

Oskar Eustis has served as the Artistic Director of The Public Theater since 2005, after serving as the Artistic Director at Trinity Repertory Company in Providence, RI from 1994 to 2005. Throughout his career, Eustis has been dedicated to the development of new work that speaks to the great issues of our time, and has worked with countless artists in pursuit of that aim, from Tony Kushner and Suzan-Lori Parks to David Henry Hwang and Lin-Manual Miranda. He is currently a Professor of Dramatic Writing and Arts and Public Policy at New York University; and has held professorships at UCLA, Middlebury College, and Brown University.

has written and directed ten shows in New York with Young Jean Lee’s Theater Company, and toured her work to over thirty cities around the world. She is the recipient of a Guggenheim Fellowship, two OBIE Awards, a Doris Duke Performing Artist Award, a Prize in Literature from the American Academy of Arts and Letters, and a PEN Literary Award. Her short film Here Come the Girls was presented at The Locarno International Film Festival, Sundance Film Festival, and BAMcinemaFest.