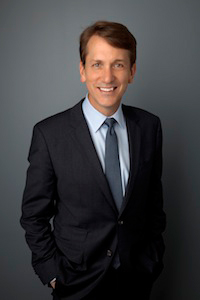 At the 2016 PEN Literary Gala, PEN America will honor Hachette Book Group CEO Michael Pietsch for his leadership in the fight against censorship by new and traditional actors.

Writers are the foundation of the book business, and through his long years in publishing, Pietsch has seen often the importance of protecting writers’ freedom to create. Through thirty years as an editor, Pietsch has championed the power of the unrestrained word. In 2015, Pietsch helped galvanize American publishers in a PEN initiative to resist official censorship in China, leading to a pledge by top publishing houses to address unauthorized changes in translations. This year, Hachette published Charlie Hebdo editor Charb’s posthumous anti-censorship work, Open Letter. Pietsch has also contributed vocally to the conversation about publishers’ roles in the changing landscape for writers, publishers, booksellers, and readers.

During a long career as an editor and publisher at Little, Brown and Company, Pietsch edited books by some of the world’s most acclaimed and bestselling writers, including James Patterson, Michael Connelly, and Walter Mosley. He worked with Donna Tartt on her Pulitzer Prize winning novel The Goldfinch, with David Foster Wallace on his novel Infinite Jest, and edited Wallace’s posthumous novel The Pale King, a Pulitzer Prize finalist. As publisher, Michael has brought out bestsellers by Tina Fey, Malcolm Gladwell, Chad Harbach, Stephenie Meyer, Rick Moody, Keith Richards, J.K. Rowling, Stacy Schiff, Alice Sebold, David Sedaris, Anita Shreve, and many others. Before Little, Brown, he worked at David R. Godine, Publisher; Charles Scribner’s Sons; and Crown Publishing. He was appointed Hachette Book Group CEO in 2013 and continues to work as an editor. In addition, Pietsch serves on the boards of PEN America, Association of American Publishers, and Poets & Writers.

“As new technologies continually expand the space for creativity and new ideas to find a global audience, repressive forces are increasingly eager to silence those who challenge the status quo. Michael knows that writers who dare to see the world clearly are also those who ultimately have the greatest impact. As a leader in the fight against pervasive censorship, he has painstakingly reaffirmed literature as more than a consumer good: as a cultural currency in need of vehement protection.”