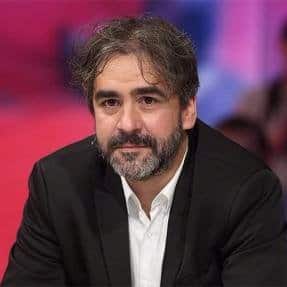 The recent arrest of Turkish-German journalist Deniz Yücel is another nail in the coffin of free expression and media freedom in Turkey, and one that has focused attention in Europe on this deteriorating state of affairs. Since the attempted July 2016 coup, 153 journalists have been held in custody, 173 media organizations closed, more than 2,500 journalists fired because of closures, and 800 journalist press cards canceled by the authorities, who claim to cleanse the country of terrorism and anti-government elements. Yücel is only one of many puzzle pieces in the Turkish government’s intricate net of arrests and shutdowns. However, due to the popularity of his employer, the German newspaper Die Welt, and his status as a dual citizen, his case is one that finally has – more than six months after the coup – focused European attention on Turkey and put the internal, government-led breakdown of media into perspective. That is because now the case does not only concern Turkey, but has reached international waters due to the arrest of a foreign media worker under Turkish law. The geopolitical repercussions are uncertain; however, it is clear that Turkey operates under a motto that puts reporting on terrorism on the same level as being a terrorist oneself – a crusade that has been ignored for too long and needs to be stopped immediately.

After receiving a warrant of arrest on December 25, 2016 and volunteering to travel to Istanbul to be questioned on February 14, 2017, Yücel was formally arrested on February 27. He had been held in pre-trial custody since his questioning, and is now waiting to be trialed for spreading terrorist propaganda and incitement of hatred. This comes after his reporting on the hacking of the private emails–leaked by Turkish hacking collective RedHack, which is considered a terrorist group by the government–of Turkish energy minister Berat Albayrak, who is also the son in law of President Recep Tayyip Erdogan. On top of the charges of terrorism and inciting hatred, the court is specifically accusing Yücel of being a Kurdish terrorist and German spy, due to propaganda he supposedly spread for the Kurdistan Workers’ Party (PKK), which is fighting an insurgency against the Turkish government. That claim derives from both Yücel’s activist press voice in Germany, but especially the research he has conducted in the past, such as an interview two years ago with Cemil Bayık, one of the PKK’s founders.

At this point, it is relatively easy for Turkey to claim that that the purge of media is only a measure to eliminate possible threats after the coup. However, it is just as easy to prove them wrong and reveal additional motifs. While arrests and media outlet closures have skyrocketed since the coup, the pursuit of journalists and outlets was present long before then, indicating that the Turkish government has been trying to prosecute selected journalists and outlets – conveniently all the ones they disagree with – for many years but only now found the perfect excuse to actually press charges. Yücel’s case is a prime example. He has not only been on the government’s radar since after the coup, but, in fact, was first arrested as early as June 2015 when he was taken into custody in the Turkish province of Şanlıurfa along with four other journalists for asking critical questions at an improvised press conference at the Turkish-Syrian border, Akçakale. Since he expressed dissent on that occasion, Yücel has been threatened and extremely limited in his work as a journalist and German-Turkish correspondent so much that on March 17, 2016 – almost a year after the incident – Die Welt announced his removal from reporting in Turkey for his own protection.

Back in August 2016, only one month after the failed coup, Ahmet Şık, a Turkish investigative journalist who previously spent more than a year in jail (and who has now been jailed again in December 2016), declared the new government measures to be absolutely detrimental to journalists that want to carry out their profession but constantly have to fear being called a terrorist. “Press freedom is in a worse state than ever before,” Şık said in an interview with The Guardian. “I would sum it up like this: the coup was prevented, but the junta came to power.” Elected with a simple majority and the plan to improve democracy and ties to the EU, by now Erdogan’s government does in fact mirror elements of a junta due to the way in which all oppositional media are prosecuted and declared terrorism. Yücel case shows that this has been done haphazardly and that writing about recent national incidents is nowhere near terrorism, but simple reporting, which should be respected as such. It leaves Turkey’s future unclear, as up until recently, Turkey was trying to join the EU and develop towards a democracy even further – efforts that now seem destroyed, as reflected in the German chancellor’s open condemnation of Yücel’s arrest. The nail in the coffin will not only affect press freedom, but also Turkey’s democratic path and relations with its European neighbors as well.