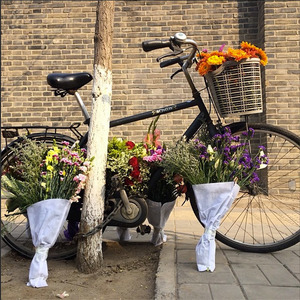 Despite promises to improve its human rights record, the climate for freedom of expression in China has steadily declined.  Nobel Peace Prize Laureate and former Independent Chinese PEN Center President Liu Xiaobo is one of dozens serving heavy prison sentences. His wife, poet Liu Xia, has been under house arrest since 2010. Internationally acclaimed artist Ai Weiwei’s passport has been held by the authorities since his arbitrary arrest in 2011 and he is barred from leaving China to attend exhibitions of his work. And those who attempt to build bridges across ethnic divides, like Uyghur PEN Member Ilham Tohti, are charged with grievous offenses. Even a tweet can now get a citizen detained. Still, writers continue to write, and Chinese citizens continue to become more and more emboldened in their criticism of government malfeasance.

Drawing on the work of Ai Weiwei, who will be the subject of a retrospective in Brooklyn this spring, PEN is spreading awareness of repression in China with our #WithFlowers campaign. Ai posts daily photographs of fresh flowers outside of his apartment every day he cannot travel freely; now you can too, on behalf of all Chinese writes and artists, by posting your own pictures of flowers and using the hashtag #WithFlowers.

While pressure comes from above to clamp down on dissent, Chinese citizens are building pressure from below. Stand with them in their struggle.