Wish You Were Here: The Perks of Being Banned 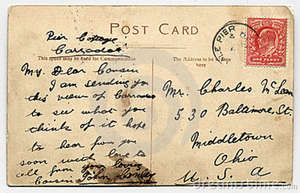 For our second-annual Banned Books Month, PEN America once again reached out to PEN members, supporters, and staff—writers and editors of all backgrounds and genres—who sent us their reflections on the banned books that matter most to them. Today’s piece comes from Claire Donato, author of Burial. To find out more about how you can get involved with Banned Books Month, click here.

I am writing to you because 14 years have passed, and I am drafting 600 words about The Perks of Being a Wallflower, a book I loaned to you when we were starry-eyed. I asked you to sign your name inside the book after you read it. You signed, composed a message. Others followed suit. Soon, the book was inscribed with handwriting, underlining, name-stamps, signatures, rubbing and wear to the edges of its covers. Later, I became a used book cataloger, a so-called expert in the language of used books. Then I became a writer. I saved these words—‘name-stamps,’ ‘signatures,’ ‘rubbing’ and ‘wear’—but did not save our book. Yet I am certain that it was one of the most important books we read.

It did not occur to us that the book was banned. We lived in Clarion, a conservative small town, but our parents taught college. My mother, a French professor, organized foreign film nights and advised a pro-choice group. Your mother, a social worker, wore handmade jewelry, harvested radishes. Her partner sold used books. Following my parents’ separation, I moved to Clarion from Pittsburgh, where The Perks of Being a Wallflower takes place. It was comforting to recognize my hometown’s bridges and theaters in its pages, and soon we were dressing up like characters from The Rocky Horror Picture Show, making zines while listening to Nick Drake. We sequenced mixtapes. You were at least as real to me as the book, but sometimes it felt like we both emanated from its pages. Even if you weren’t really there, in the company of Perks’s Charlie, adolescence felt less lonely.

The humanities are in crisis, they say, and I am telling you this because the banning of books is another kind of restricted access: If you reduce the amount of time devoted to the humanities or completely eliminate them from a curriculum, you extend the practice of banning books. You ban readers. Eradicating language programs, reducing literature requirements, moving schools toward more vocational forms of training—these are acts of auto-da-fé.  Imagine an adolescence with no literature, no Perks.

At the beginning of Human Resources, poet Rachel Zolf quotes The Harvard Business Review: “Because literature concerns itself with the ambiguities of the human condition, it stands as a threat to the vitality of the business executive, who must at all times maintain a bias toward action. … It is far safer to stick with throwaway thrillers, which at least provide a distraction from the stresses of the day. Forget the deep stuff.”

At 12 and 13 and 14, and well beyond these ages, our human condition felt like a mood—one that was “very easy to read, but very hard to ‘read well,’” as Stephen Chbosky writes. The Perks of Being a Wallflower read us effortlessly, transformed what others may have written off as mere angst into prose. Its ideas about adolescence were frightening and fragile because they were ambiguous. For some people, that’s threatening. For us, it felt real.

I think something is wrong with the world. Everything is messy, and I feel increasingly alienated from culture. I recently taught The Perks of Being a Wallflower in a course on Children and Literature, and that made me feel a bit better. How are you?