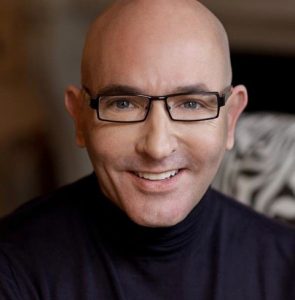 Tom Healy is an award-winning poet, essayist, and educator. He is the author of three books of poetry: Velvet, Animal Spirits, and What the Right Hand Knows, which was a finalist for the 2009 Los Angeles Times Book Prize and the Lambda Literary Award. Under President Barack Obama, Healy served as chairman of the international Fulbright Scholars program, traveling to 40 countries to promote peace through the international exchange of artists, scientists, and scholars. He served on the Presidential Advisory Council on HIV/AIDS under President Bill Clinton. Healy has also had a distinguished career in the arts, including a pioneering gallery in Manhattan’s Chelsea arts district and a leadership role in rebuilding New York’s downtown arts community after 9/11, for which he received the 2005 New York City Mayor’s Award for Arts and Culture from Michael Bloomberg. Healy has taught on the faculties of NYU, The Pratt Institute, and The New School and has been a guest lecturer at universities around the world. Currently, he is the curator of public engagement for The Bass Musuem in Miami Beach and chair of the O, Miami Poetry Festival. He joined the PEN America Board in 2014.