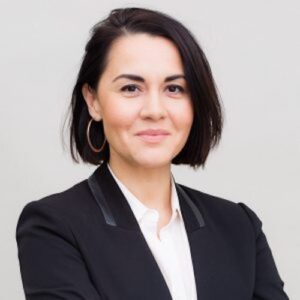 Nora manages the organization’s efforts around platform and media accountability to defend against digital threats to democracy. She previously served as the director of PEN America’s U.S. Free Expression Programs, where she guided the organization’s national advocacy agenda on First Amendment and free-expression issues, including press freedom, disinformation defense and protest rights. Nora launched and led PEN America’s media-literacy and disinformation-defense program. She also led the organization’s groundbreaking First Amendment lawsuit, PEN America v. Donald Trump, to hold the former president accountable for his retaliation against and censorship of journalists he disliked. She has also authored policy reports on legislative attacks on fundamental rights. Nora is a civil-rights and constitutional lawyer who previously worked in private practice and at the ACLU of Georgia, litigating significant cases representing victims of voting-rights violations, unconstitutional police practices, First Amendment infringements and more. In all aspects of her work, she seeks to defend the human dignity of all and overcome structural barriers to equity and justice. Nora graduated from Emory University School of Law and received her B.A. from New York University’s Gallatin School.