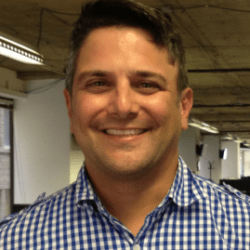 Julio Ricardo Varela is Digital Media Director for Futuro Media, where he works with the Latino USA team to promote the show’s episodes and expand its social reach. He is a frequent contributor to the show and the editor of the show’s official site, LatinoUSA.org. He also co-hosts In The Thick with Maria Hinojosa. In 2011, Mr. Varela founded LatinoRebels.com, one of the top U.S. Latino media sites in the world. Previously, he was digital producer for Al Jazeera America’s “The Stream” and his work has been featured in many global outlets, including the Guardian, ESPN, The New York Times, Quartz, Le Monde, WGBH, WNYC, Face the Nation, MSNBC, Fusion, Univision and Telemundo. He has made numerous national TV appearances for Latino USA and Futuro Media.

A Russian court has found journalist Svetlana Prokopyeva guilty of “justifying terrorism” in a controversial case widely criticized as an attack on freedom of speech. Prokopyeva has maintained her innocence throughout the trial. https://bit.ly/3iy5HCJ