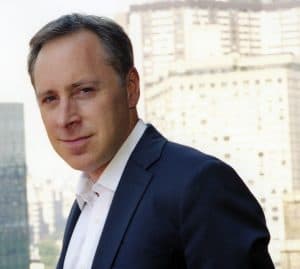 Jacob Weisberg is the CEO of Pushkin Industries, an audio publishing company he founded with Malcolm Gladwell in 2018. Pushkin produces audiobooks and podcasts, including “Revisionist History Presents: Against the Rules with Michael Lewis” and “Solvable,” a show about solving the world’s biggest problems, which Weisberg hosts.

A native of Chicago, Weisberg attended Yale University and New College, Oxford. He worked at The New Republic, Newsweek, and New York Magazine before joining Slate in 1996. He was editor of Slate from 2002 to 2008, before expanding his role by founding The Slate Group. There, he launched The Root with Henry Louis Gates Jr., the membership program Slate Plus, and the podcast technology company Megaphone.

He is the author of books including Ronald Reagan (2016), The Bush Tragedy (2008), In an Uncertain World (2003), written with former Treasury Secretary Robert E. Rubin. Weisberg is also a regular contributor to The New York Review of Books.

Weisberg is a lecturer at Yale University, where he teaches “The Ethics of Journalism.” He is vice-chair of the Committee to Protect Journalists and a member of the PEN America’s Board of Directors.