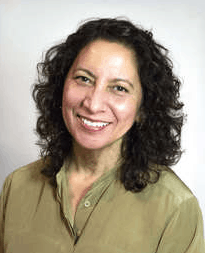 Fatima Shaik is an American author of children’s and adult literature, and former daily journalist. Her writing explores the human spirit and the intersection of cultures, notably themes of family, community, and justice. Children’s books include Melitte, nominated as one of the Best Books for Young Adults by YALSA, 1998; The Jazz of Our Street, “a compact cultural history” according to Kirkus; and On Mardi Gras Day, one of the Bank Street College of Education’s Best Holiday Books of 1999. Her 2015 adult collection What Went Missing and What Got Found showed “stories are the true record of history” (Story Circle Book Reviews). The Mayor of New Orleans: Just Talking Jazz is “a critique of race, art, and politics that stings as much, if not more so, today than it did three decades ago,” (Louisiana Cultural Vistas, 2017). Publications include the anthologies African-American Literature, Streetlights: Illuminating Tales of the Urban Black Experience, and Breaking Ice: Contemporary African-American Fiction; journals Killens Review of Arts and Letters, Callaloo, and the Southern Review; and non-fiction, In These Times, The Root, Essence, and The New York Times. She received LEH and NEH fellowships, and a Kittredge Fund grant. She was a New Orleans Times-Picayune reporter, assistant editor of McGraw-Hill World News, and served on board of The Writers Room. She currently is an assistant professor at Saint Peter’s University. Since 2006, she has coordinated the PEN CYAB visiting authors program to Martin Luther King Jr. School in New Orleans.