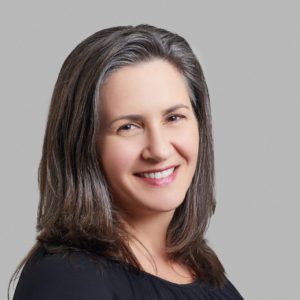 Debi Goldberg is the Digital Director at PEN America. She most recently served as the director of marketing and communications at the Union for Reform Judaism (URJ), the largest Jewish denomination in North America with nearly 850 congregations. Beginning in 2010, she ushered the organization into the digital age by building out enterprise-level email marketing, brands, websites, social media, and public relations systems. Prior to her time at the URJ, Goldberg was the director of communications for Taglit-Birthright Israel, where she was responsible for overseeing the organization’s website, marketing, branding, advertising, and public relations in North America.

From 1994 through early 2001, she worked in a variety of positions in national Democratic politics and campaigns. During that time, Goldberg worked in President Clinton’s second term (1997-2000) as an associate director in the White House Office of Public Liaison.

She holds a Master of Public Administration (MPA) from the University of Southern California, and she received her BA in psychology and business administration from UCLA.

I spoke to @The_NewArab Voice last week about what's next for the international community on #Iran. I talk about how we failed to use leverage to improve human rights, democracy benchmarks, and a positive platform to support democracy in Iran. https://tinyurl.com/y65es9je
#MahsaAmini