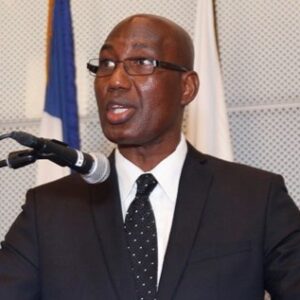 Bakary Tandia (he/him/his) co-founded The Abolition Institute, a human rights advocacy organization that focuses on slavery and human trafficking. Since its inception, the organization has developed strong working relationships and partnerships with organizations such as Rainbow Push Coalition and Anti-Slavery International, the oldest abolitionist organization in the world. With the support of U.S. Senator Richard J. Durbin, Tandia reports that The Abolition Institute has successfully advocated for $3 million in new funding to create and expand anti-slavery programs in Mauritania and neighboring countries.  Tandia has continued working as both the Case Manager and Policy Advocate at the African Services Committee, an NGO dedicated to improving the health and self-sufficiency of the African community in New York City and beyond. As Case Manager, he provides assistance to African immigrants in accessing health and legal services. As a Policy Advocate, he works to raise awareness of public health and human rights issues in the African community through participating in advocacy and lobbying activities at city, state, and federal levels. He also represents the African Services Committee at the United Nations. He was among the 13 immigrant’s rights advocates arrested in an act of civil disobedience during a rally in September 2017 organized by the New York Immigration Coalition in protest against the current U.S. administration’s efforts to end the DACA immigrant amnesty program.