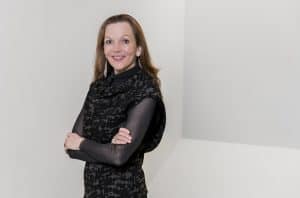 Alexandra Munroe, Ph.D. is an award-winning curator, Asia scholar, and author focusing on art, culture, and institutional global strategy. She is the Samsung Senior Curator of Asian Art and Senior Advisor, Global Arts at the Solomon R. Guggenheim Museum and Foundation, where she has led the Guggenheim’s Asian Art Initiative since its founding in 2006. She has worked on over 40 exhibitions and is recognized for establishing international critical acclaim for the artists Cai Guo Qiang, Daido Moriyama, Yayoi Kusama, Lee Ufan, Mu Xin, and Yoko Ono, among others, and for bringing historic avant-garde movements such as Gutai, Mono-ha, Japanese otaku culture, and Korean Tanseakwa to international attention. Her project Japanese Art after 1945: Scream Against the Sky (1994) is recognized for initiating the field of postwar Japanese art history in North America. From 1998–2005, Munroe was vice president of Japan Society in New York and director of its museum, where she presented innovative shows of pre-modern art. Munroe is lead curator of the Guggenheim’s exhibition, Art and China after 1989: Theater of the World, which The New York Times named as a top 10 exhibition of 2017.

Raised in Japan, Munroe received the 2017 Japan Foundation Award from the government of Japan in recognition of her contributions to promoting international friendship and understanding and the 2018 Commissioner for Cultural Affairs Award, both bestowed by the government of Japan. She serves on the advisory boards of several organizations, including Asia Art Archive, Hong Kong; Jnanapravaha Mumbai; MAXXI, National Museum of 21st Century Art, Rome; and Rockbund Art Museum, Shanghai. She sits on the visiting committee of the Thomas J. Watson Library at the Metropolitan Museum of Art, New York. She is a Trustee of the Institute of Fine Arts, New York University, the Aspen Music Festival and School, Intelligence Squared US, and is a member of the Council on Foreign Relations. She is cofounder with her husband Robert Rosenkranz of Intelligence Squared US, a debate forum dedicated to raising the level of civic discourse in America. She joined the PEN America Board in 2015. You can follow her on Instagram at @alexandramunroe.