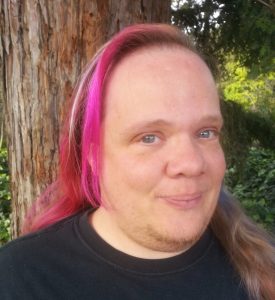 Alex Gino’s debut middle grade novel, George, about a fourth-grade transgender girl named Melissa, won Stonewall, Lambda, and Children’s Choice Debut Awards, and has been translated into fourteen languages. Alex is also the author of You Don’t Know Everything, Jilly P! and Rick. Over the years, Alex has worked in nonprofit administration and then as a tutor while they wrote in their spare time, until they were able to transition to full-time writer. Alex has been an activist and advocate for LGBTQIA+ communities since 1997 as an undergraduate at the University of Pennsylvania. Alex is a mentor for We Need Diverse Books and a member of PEN America.