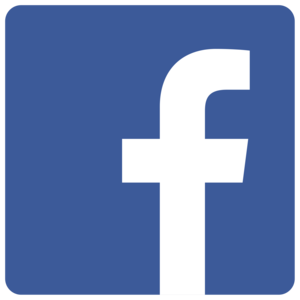 Amid an ever-growing trend of Russian internet censorship, PEN American Center and PEN Ukraine are gravely concerned by reports that Facebook has removed content and deactivated or suspended accounts of Ukrainian and Russian users critical of the Putin regime.

During the past few months, Ukrainian and Russian activists seen to be critical of the Russian government and policies have been falsely flagged as violating Facebook’s Community Standards, resulting in content removal, account suspension, and page disabling. Just this week, Facebook blocked Russian blogger and photographer Rustem Adagamov’s account because of complaints that the Nazi-era Christmas decorations he posted pictures of from a museum in Norway promoted fascism, while Andriy Kapustin’s “selfie” with Governor Mikheil Saakashvili earned him a ‘pornography’ ban. In one spiraling example, prominent Ukrainian poet and blogger Andrij Bondar was banned from Facebook for posting about the suspension another blogger; in turn, Ukranian artist Alexander Roytburd was blocked from the social media platform for bringing attention to Bondar’s ban. Other users who say they have been targets of the flagging and subsequently blocked by Facebook include Ukrainian politician Borislav Bereza, Russian journalist Anton Krasovsky, and Russian businessman and blogger Slava Rabinovich, among others.

Journalists, activists, bloggers, and artists from the region have signed a petition calling on Facebook to stop the politically-motivated blocking of accounts that contain speech deemed “offensive” because of the user’s criticism of Russia.

PEN is disturbed by the details of the content removals and bans. “PEN American stands by the right of Ukrainians and Russians to freely express their views on any medium,” said Karin Deutsch Karlekar, director of PEN’s Free Expression Programs. “As a platform for free speech and political organization, Facebook is an asset to activists; when permissible content is removed for political reasons, free expression rights are jeopardized.”

Facebook responded to charges of politically-motivated content blocking in a claim that the majority of content removed violated their Community Standards. However, in some of recent instances, Facebook admittedly took down posts that made ironic use of hateful terminology or phrases, and in other instances inappropriately marked takedowns as ‘nudity’ violations.

Reviewing potential breaches of standards is an arduous task, but one in which the potential for error should be minimized. PEN American Center recognizes Facebook’s good-faith efforts to encourage respectful behavior and remove abusive content, as well as initial steps to make its takedown processes somewhat more transparent, particularly when content removal requests are initiated by governments. But Facebook should be better equipped to identify and handle obvious politically-motivated takedown attempts such as the ones affecting hundreds of commentators critical of the Russian regime.

Politically-motivated content removal is an abuse by individual actors of Facebook’s mechanisms for upholding community standards. PEN American Center urges the actors triggering takedowns to end their attempts to unjustly stifle free speech, and calls on Facebook to restore permissible content in a timely manner, to strengthen the current systems in place to ensure that content is not mistakenly blocked, and to strive towards greater transparency regarding their internal quality control systems for content moderation. All persons have the right to express themselves freely through digital media, and this right should be restored for the affected users of Facebook.