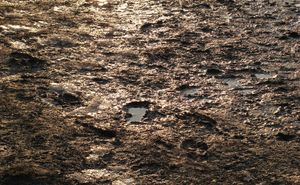 My south dies for essential liberty.

They make the mud there.
Was always death.

The house at the end of the mind.
Our school cafeteria made from a bomb shelter.

When my destruction stops I start, I start.

In the dead south all my friends are white.
Though that’s not death that’s excrement.

Find the bridge jump off it try again, try again.

All the black girls sit together.
The newspaper hits the press at the close of each hour.

When I am essential I am dead.

The mayor’s shades hide his addled fate.
The last frontier is my violence.

The world will little note.

When my south dies I will.

From four states above I cursor the passage its an unpolitical act.

Twenty-three minutes from my Tennessee house to the 10-Mile Bayou.

Over the bridge is a town called West Memphis we lived in Memphis.

We didn’t go there why would we I didn’t have that knowledge.

Like a worn duffel in the trunk I didn’t need it neither did the boys.

The very rich and very poor have that in common an ignorance.

Some of it more helpful than not in the yard the dog puts her nose on me.

The Delta is a place of immense geography my father its chief.

They love the little ticks on the map that their lives make indelible grooves.

My first season in New York was the dead one I loved it.

The cell that Damien Echols lived in for 18 years is like a television.

In that it’s square, static, and I bring my own notions to it.

Did you know the state frequently kills turkeys the wild ones.

They overpopulate the edges of highways cause interruptions.

I once compared our town to Dresden after the War.

Mom gasped when I did that it’s a terribly rotten thing.

Asking if it’s important to withhold love is nothing like

Asking if it’s important to get a babykiller off the streets.

My second season in New York was the hot one but really.

The lover I couldn’t get like a shoe to the teeth.

My dad the king of maps and my mother the gasper.

They’re in Tennessee still they don’t mind the heat any longer.

Instead of prison I got New York, some boyfriends, girlfriends, a life.