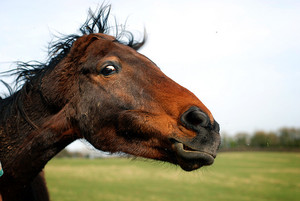 A Beautiful Number of Exiles

On the Dark Kiang Horses of War

A three-letter word—
We return from war,
say women who dream of airplanes
as robot-birds strafing the sky
or vice versa
who see dark kiang horses snorting
midnight
smoke-coils on a horizon
designed by engineers who warn, do not enter.