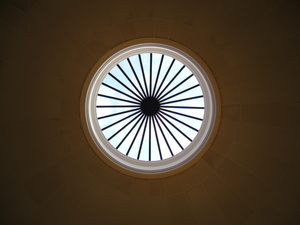 Today in the PEN Poetry Series, guest editor Shane McCrae features a poem by Derek Gromadzki. About Gromadzki’s work, McCrae writes: “A few weeks ago, Derek told me he was just about to finish the manuscript of his first book. I’ve been reading Derek’s poems eagerly for years now, and I’ve thought him ready for a book as long. The sound he makes is his own; his poems are unlike any poems that I know of being written today. Each word bears a weight most poets wouldn’t dare—his lyricism arises from the point at which post-L=A=N=G=U=A=G=E verbal atomization and the stanza-shaping music characteristic of medieval lyrics meet. I can’t get enough of his sound, and I can’t wait for his book.”

Once a week, the PEN Poetry Series publishes work by emerging and established writers from coast to coast. Subscribe to the Poetry Series mailing list and have poems delivered to your e-mail as soon as they’re published.