Lauren Redniss is the winner of the 2016 PEN/E.O. Wilson Literary Science Writing Award for Thunder and Lightning: Weather, Past, Present, Future. Tracing the story of weather from the Biblical flood to the present-day climate crisis, Redniss examines the key impact weather has had on human history. Combining science, human interest, and colorful illustrations, this book is a unique presenation of weather’s important narrative. The following is an excerpt from the book. 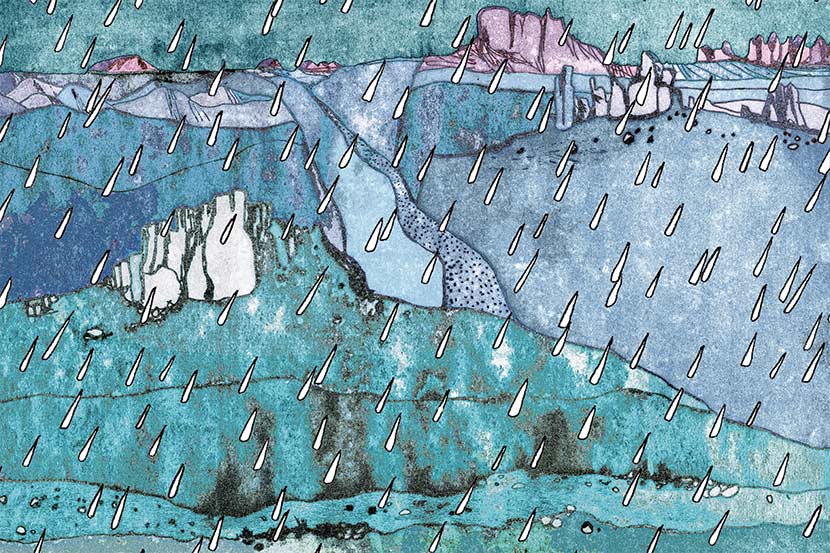 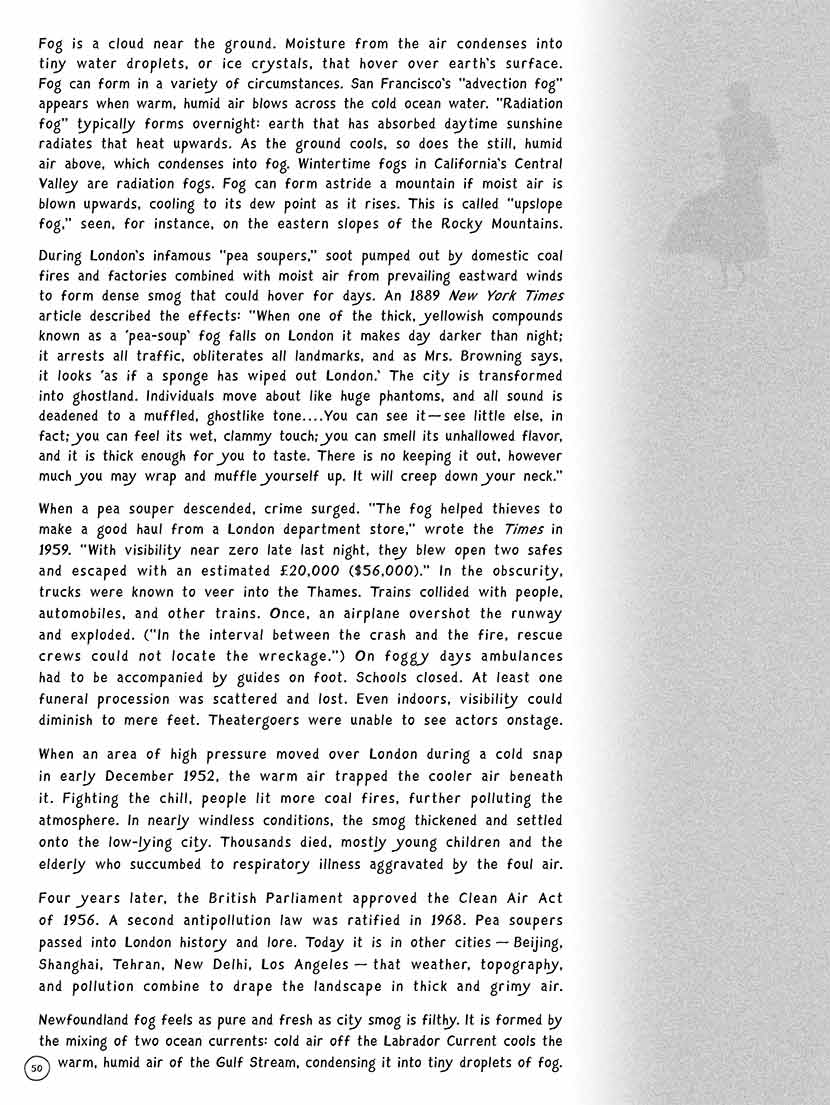 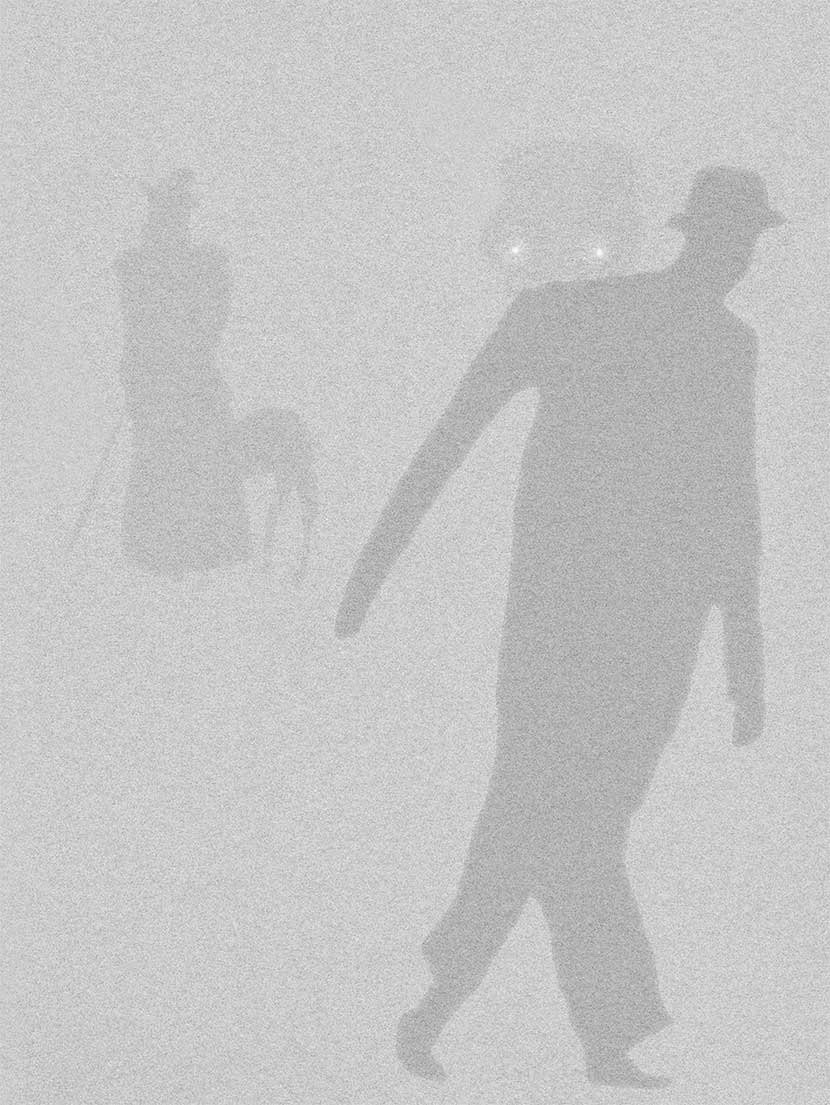 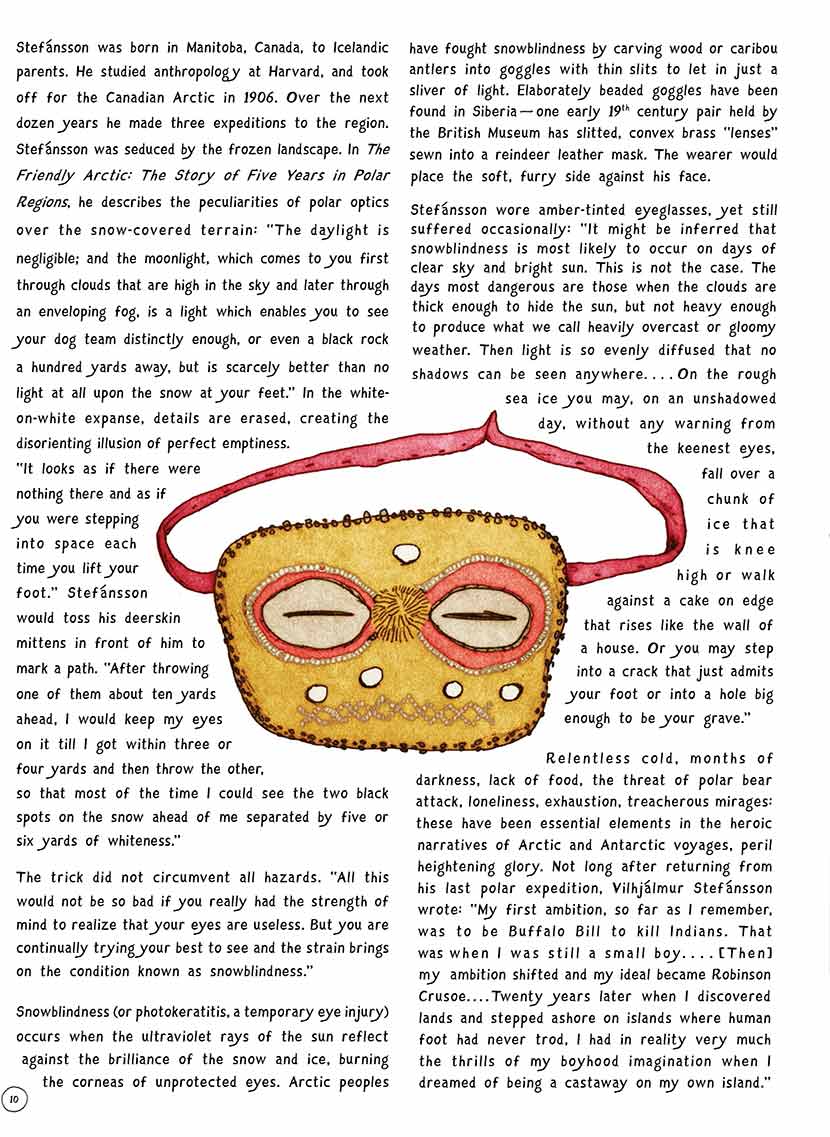 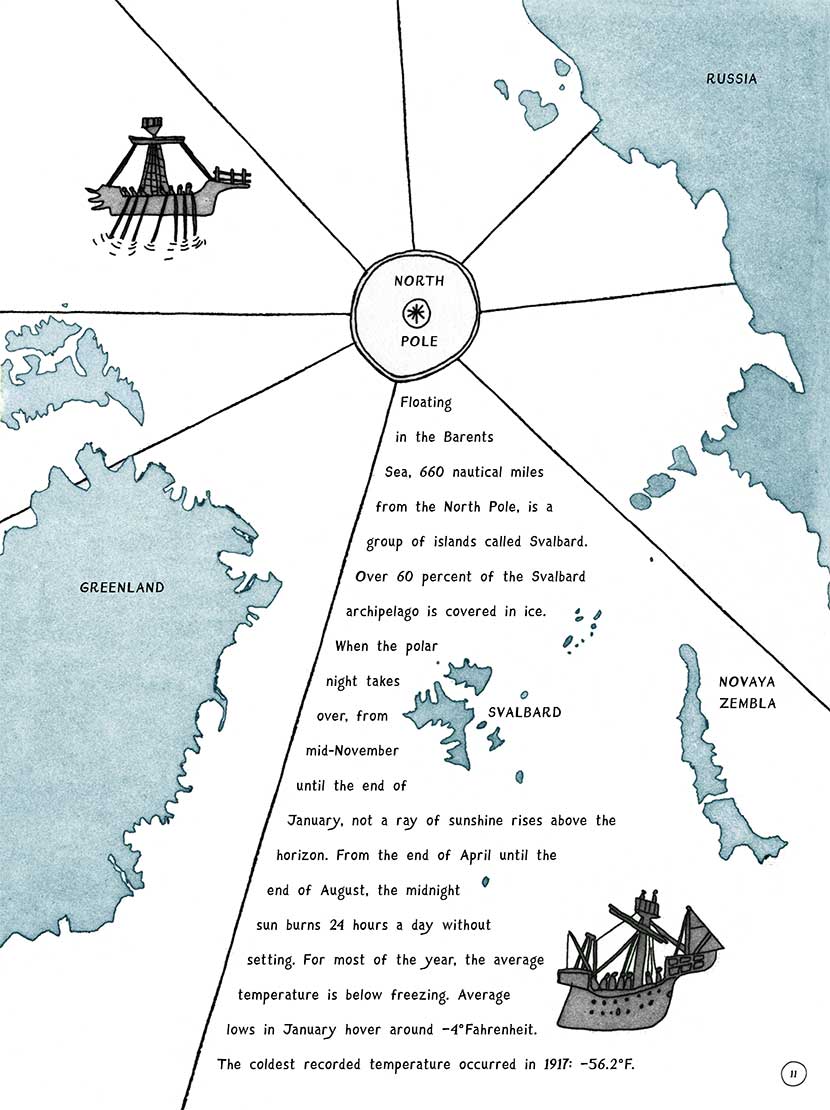 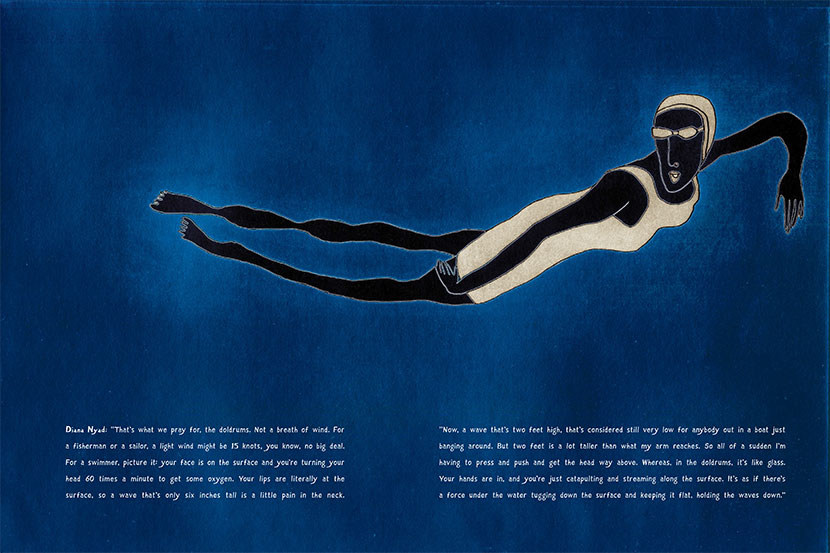 Diana Nyad: “That’s what we pray for, the doldrums. Not a breath of wind. For a fisherman or a sailor, a light wind might be 15 knots, you know, no big deal. For a swimmer, picture it: your face is on the surface and you’re turning your head 60 times a minute to get some oxygen. Your lips are literally at the surface, so a wave that’s only six inches tall is a little pain in the neck.

“Now, a wave that’s two feet high, that’s considered still very low for anybody out in a boat just banging around. But two feet is a lot taller than what my arm reaches. So all of a sudden I’m having to press and push and get the head way above. Whereas, in the doldrums, it’s like glass. Your hands are in, and you’re just catapulting and streaming along the surface. It’s as if there’s a force under the water tugging down the surface and keeping it flat, holding the waves down.” 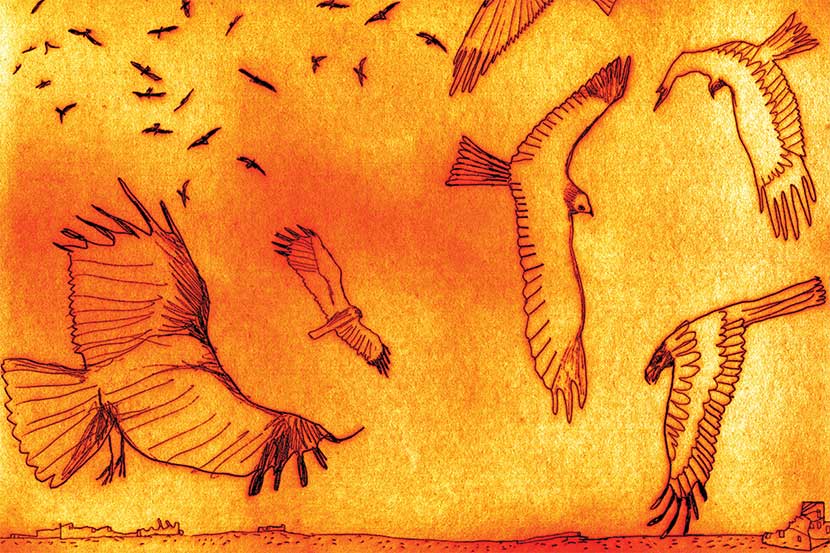 Read more from the finalists of the 2016 PEN/E.O. Wilson Literary Science Writing Award