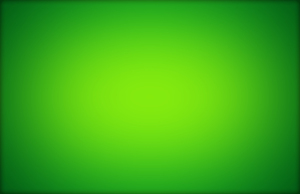 Today in the PEN Poetry Series,guest editor Shane McCrae features three poems by Aracelis Grimay. About Grimay’s work McCrae writes: “What I want to say about Aracelis Girmay’s work is this: It renews my faith in the American lyric. And I do get a feeling that strong, that big, when I read it. The strength and the bigness are good, but the renewal is what really matters to me. Girmay renews not just my faith in the American lyric, but the American lyric itself, and she does so by bringing a singular vision and great craft to bear upon the material at hand. I have a hard time praising Girmay’s work without sounding a little blurby—but, daggum, it’s all true. Aracelis Girmay is one of the best poets writing today. Don’t believe me? Dig the second section of “O.” See if you don’t feel all blurby inside.”

My ear, the telephone—
Black colander through which
The News fell, onto the floor
of the Upper School. Wet.
Then legs, jolted by verbs—

and the mother voice, pleated
as the mourning skirt.

That phone who rings the thin air,
when she rings,          marks the ear
with other world. In years,
we’ll remember to be
what the sumac taught us—
alive, livid with
survivor’s blood.

But each ring repeats
gOne,
gOne.
And marks the ear
an open wound.

I.
from the future, eight sirens heckle Odysseus, heckle rOmare

your lungs full of air, your

sailors full of wax, your lack

of will, then your will, your

of gull, salt lapping at

the strange syntax of

through which we read

raiding you, you rascal made

dizzy by the sound of krar. Our

Future-eye sees: your body is

phrased by anguish. The greenness of

to which you thrash. Our song

you by your old name back

into the dark rock

of your death & means

to crash the fleet, revise the birth

II.
the poet as ventriloquist

Claim, I, to be the poet, making talk
the sirens who foreground the scene

where even the sky sings Romare, Romare
whose body is a mourning sound

(blood hyphened by the fleet
to Saint Domingue, to Rome), is

siren speech. But listen closely.
It is my mouth wailing redly

into the scene from The Future Knows.
It is my history raiding me. Romare,

teach me how to read this blues, please,
differently. How not to

assign all blackness near the sea
a captivity. I, the descendant

of each early war, who cannot remember peace,
have taken hostage the greenness

of my own mind. Want
the sirens to be

only the sirens. The sea
to be only the sea. O, magnolia

—after Romare Bearden’s “The Sirens’ Song”

Circe to Her Mother

Misunderstood. What I was trying to reach
was you. Where I was raised,

always, the long dash of horse hair
hanging from the wall, to swat

Back home, we lived
with the animals. But the greyness

of their eyes in death, not just
their lives. It was love

for home and for you, Mother,
what caused me this sorcery.

Before marriage, there were some horses
I knew, and hills. I did not want to go

from there, from where
we were two-headed once, and then

the great wound of birth, an I—
by which my seeing is Forever Red.

I wanted you to, Mother,
never let me free. I am home again,

if I lay on my side beside
the sleeping wolves, once men—

how like the hills of my childhood.
White with snow and brown with the names of trees.

Como te puedo decir? “Leaving” was full of salt, was
not my verb. Now I cannot bear a kingdom of free things.