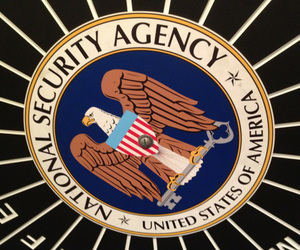 As debate rages around revelations about the nature and scope of the National Security Agency’s electronic surveillance programs, its defenders have been quick to draw distinction between the United States and surveillance states like the one depicted in George Orwell’s 1984. And they are right, there are distinctions.

Remember East Germany? At its zenith as a surveillance state, there were 102,000 people employed by the Stasi to spy on a population of 17 million—one officer for 166.7 people. And then there were the informers, regular and part-time. It is estimated that there was one informer per 6.5 citizens. There was no such thing as a private conversation. The government was there at all times. And the citizens were made to feel this: the Stasi was famous for sowing suspicions that one’s friends or neighbors might be part of the surveillance apparatus.

Here, our government has tried very hard to keep its surveillance program secret, and it is insisting that it has no interest in listening in on our private conversations. We are meant to feel that the surveillance is far away, sophisticated in its targeting, and not at all concerned with us. And yet we now know that the government is in fact tracking us constantly, and on levels that are very revealing. The metadata that is being collected on our communications—the who, where, and when of all of our phone calls, for example—is enough on its own to deliver astonishingly vivid portraits of our private lives.

Malte Spitz, a German Green Party politician, illustrates it beautifully—and eerily. In 2009, he filed a suit against T-Mobile to release all metadata from his cell phone usage that the company had stored over six months. The company released the data—totaling 35,830 records—in May 2010. When pieced together, it starkly traces Spitz’s movements in a dance around Germany. Click here and press play to watch.

This, remember, is post-communist, post-reunification, democratic Germany. Imagine these tools in the hands of a new Stasi?

No, the U.S. is not East Germany. But the U.S., like many free societies, is clearly developing and deploying increasingly intrusive snooping tools. And it is happening in secret, without real reflection or debate on how these tools may be reshaping our sense of, and our actual, freedom.

That’s why we’ve joined a coalition of organizations, companies, and individuals calling on Congress to reveal the full extent of the NSA’s surveillance program. The Stop Watching Us coalition calls on Congress to:

As citizens of the United States, we have a social contract with our government. Without it we are broken. This July 4th, if you do one thing to celebrate freedom, sign your name to the StopWatching.Us petition and call for accountability. Exercise your rights.