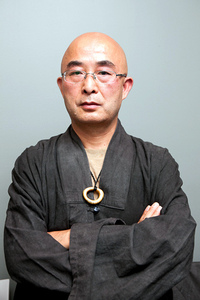 Zhou: Yes. I used to drive a human-waste truck. Nobody looked down on me because I was handling shit. My clients called me Master Zhou.

Of course, we didn’t have toilet bowls then like we do today. The structure of the public bathroom was quite simple: a wooden platform with many holes in it was laid on top of a pit. The people squatted and relieved themselves through the holes. Every morning, a tube drained the waste from the pit into the truck. One day, the tube was blocked. When I went to investigate, I saw that a fetus had got stuck there.

Liao: That’s awful. Why didn’t the woman go to the abortion clinic?

Zhou: Young man, we’re talking about the 1970s. In the last decade people have become more relaxed about premarital sex. In those days, without a marriage certificate, a woman would never have the guts to go to the hospital for an abortion. If her company found out, the woman’s career would be ruined. The stigma would stay with her the rest of her life. As a result, many girls would secretly procure medicine and the public toilet was like an abortion clinic, a dumping ground for dead fetuses. Some girls took the wrong medicine and died. In China, life is cheap.

But, in those days, human waste was quite precious. Peasants didn’t have access to fertilizers and there were even people who stole shit from the latrines. Sometimes, they would get caught by the street committee. People in that era had no sense of money or fines. All they wanted from those shit thieves was a soul-searching self-criticism. During the Cultural Revolution in the 1960s, they would blame the capitalists for poisoning their minds and making them steal. The punishment for stealing human waste was to recite Chairman Mao’s Little Red Book.

Liao: Wasn’t that a bit much? Stealing shit wasn’t a serious crime, was it?

Zhou: China’s a socialist country. In theory, everything belongs to the government.

Liao: I understand that in the 1960s, during Mao’s Cultural Revolution, professors were forced to clean the public toilets.

Zhou: Many professors and scholars were labeled counterrevolutionaries and yes, they were assigned to clean toilets. I wanted to work, but the students in Mao’s Red Guard wouldn’t allow it. I still got paid, but since I was used to doing hard labor every day, I got really bored. Sometimes, I would sneak out to the toilet to coach the professors on their technique.

Considering how Chinese emperors slaughtered dissenting intellectuals in ancient times, I think Chairman Mao and the Communist Party were pretty merciful. But the professors considered cleaning toilets a huge loss of status. On the surface they acted as obedient as dogs. But many couldn’t take it and hanged themselves with their belts inside the toilet stalls. People thought it was tragic whenever a professor died while cleaning a toilet. But I was born a toilet cleaner. If I have a sad life, nobody gives a damn. I think Confucius was right when he said: “All occupations are base. Only book learning is exalted.”

Liao: Your story triggers a lot of childhood memories. I have to say that the public bathroom was my second classroom. It was through a hole in the bathroom that I saw female private parts for the first time. It was shocking and exciting. From another drawing on the wall, I learned about sexual intercourse. I was only eight years old. The only thing we studied in school were the Chairman’s red books on the Communist revolutions. I had never imagined that in Red China there were people who would draw such dirty pictures. I became indignant, took out my pencil, and wrote beside the picture: “This is two counterrevolutionaries doing bad stuff.”

Zhou: Were you one of those kids that does graffiti? That’s a bad habit. You know, it’s more difficult to remove graffiti than to sweep the floors or even to clean out the pit. And when I finally erase it, the minute I turn around, new graffiti appears — limericks, dirty drawings, vulgar phrases, political slogans, and even paragraphs copied from published articles.

Liao: Those graffiti limericks were much more interesting than the ones we learned in school.

Zhou: You’re well-educated. Why do you memorize vulgar limericks like that?

Liao: Sorry to embarrass you. But think about it: Only a few people in China can get their writings published in newspapers and magazines, and you need to go through rigorous reviews and various levels of censorship. By the time your article gets to the paper, it no longer resembles what you originally wrote. Many people will never have an opportunity to express themselves in public. That’s why the public bathrooms have become the venue for free speech.

Liao: That sure captures the mood these days. But anyway, is your business good, Grandpa?

Zhou: Barely. Then again, so many people are unemployed here. I’m lucky to have a business.