The PEN Ten with Zoe Pilger 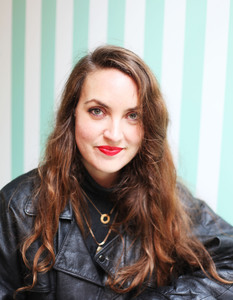 The PEN Ten is PEN America’s weekly interview series. This week, we talk with Zoe Pilger, who was born in 1984 in London, where she still lives. She is an art critic for The Independent and winner of the 2011 Frieze Writer’s Prize. Eat My Heart Out is her first novel; it is published by Serpent’s Tail in London and will be published by The Feminist Press at CUNY in May 2015.

Zoe Pilger will be participating in A Literary Quest on May 8 at the PEN World Voices Festival.

When did being a writer begin to inform your sense of identity?
When I was 23, I moved to a small seaside town, where I had never been before. I lived there alone for six months and wrote hundreds of thousands of words. It was experiment; instead of doing a creative writing course, I wanted to teach myself how to write. Many of the ideas and images in my first novel, Eat My Heart Out, come from that time.

Whose work would you like to steal without attribution or consequences?
I wouldn’t like to steal anyone’s work because what I love about writing fiction is the free expression that it allows.

When, if ever, is censorship acceptable?
I’m not sure when or if censorship is ever acceptable. I think the censorship (and self-censorship) of writing by women in the West is now subtle and insidious. As Eileen Myles wrote in a tweet last year, “shaved pussy is the new fig leaf.” It seems that total exposure is now a form of concealment, especially in regards to women’s sexuality. We can show everything and nothing at once.

Writing by women is heavily policed by different structures—publishing, women’s magazines, etc. I began to understand this more fully when Eat My Heart Out was published in the UK in January 2014. The Bookseller called it “a romantic comedy without the romance.” It borrowed some of the conventions of that genre, but sought to disarrange them.

My second novel, which I’m writing at the moment, is inspired by my experience of publication. It’s about a romance writer who gets locked in a mental asylum for pushing against the bounds of the genre.

Obsessions are influences—what are yours?
Eat My Heart Out is a novel about obsession—my main character Ann-Marie is obsessed with Beyoncé and falling in love. She becomes the prodigy of a second-wave feminist writer Stephanie Haight, who’s written a book, Falling Out of Fate, which argues that many of our cultural representations of love are designed to keep women in a submissive position. Stephanie’s book is excerpted throughout the novel; it draws on my PhD research into feminism and romantic love. I was particularly influenced by “The Woman in Love” chapter in Simone de Beauvoir’s The Second Sex (1949)—she explains how women are culturally encouraged to be obsessed with love, to view finding a man as the central goal of their existence, while men are given a wider freedom. So I suppose I was obsessed with the subject of romantic obsession.

What’s the most daring thing you’ve ever put into words?
Eat My Heart Out scared me while I was writing it. The novel is not autobiographical; I’ve always described Ann-Marie as my alter ego. I wanted to create a female character who didn’t care about the rules of femininity. She doesn’t care about being passive and pleasing; she wants to be free, though she says constantly that her freedom is a burden. I also wanted to give her this existential dimension. She is not primarily concerned about love; the language of love, the framework of the love story, is how women are permitted by culture to express their inner conflicts, which are often far more complex. Ann-Marie is caught between the old myths of patriarchy and the gains of second-wave feminism. She is angry. To write female anger itself felt like a taboo—far more so than the sex in the book.

What is the responsibility of the writer?
I can’t make a statement about the responsibility of writers in the abstract, but I feel strongly about writing by women and the restraints of genre. I’m published by Serpent’s Tail in the UK and The Feminist Press at CUNY in the U.S.—both independent. I was given complete creative freedom, including designing the UK cover myself, which is important to me, and rare. Most writing by women is corralled into market-driven categories, which underestimate female readership, and contribute to a culture of regressive ideas of what a woman should be.

While the notion of the public intellectual has fallen out of fashion, do you believe writers have a collective purpose?
I think public intellectuals are very important—it depends on what kind of intellectuals. The culture of academia demands that ideas, which are often quite simple, be articulated in absurdly convoluted jargon, which ghettoizes those ideas—encrypts them, and kills their radical potential. This process of encryption is possibly why academia is allowed to exist—on the condition that no one can understand it except an elite few. It’s a great shame if the notion of the public intellectual has fallen out of fashion—we need intellectual rigor to counteract the willful stupidity of so much of the mass media. I think this is particularly true in regards to feminism.

I’m not sure if fiction writers have a collective purpose—fiction writing is an inherently solitary activity, an expression of the individual imagination, which of course is not separable from society. I’ve always tried to explore political ideas in my writing, but hopefully without assuming any moral absolutes.

What book would you send to the leader of a government that imprisons writers?
If This Is A Man by Primo Levi.

I just reviewed an exhibition, Encounters and Collisions, at Nottingham Contemporary Gallery in the UK. It was curated by the African-American artist Glenn Ligon, and showcases his influences, from photographs of the Black Panthers to abstract expressionism. An essay by James Baldwin, “Stranger in the Village” (1955), is included in the catalog: it is a beautiful and damning comparison of racism in a Swiss village and the U.S. It’s also an interrogation of the psychology of oppression; I would send that essay too.

Where is the line between observation and surveillance?
I can talk about those ideas in relation to creativity. Observation is the skill of the fiction writer; it’s about looking. Surveillance is more sinister—it implies control.

My PhD is a monograph of the French conceptual artist Sophie Calle, who often explores themes of surveillance in her work. Her earliest project was The Sleepers (1979), for which she asked strangers to sleep in her bed for eight-hour shifts. She sat by the bed and photographed them. What is striking about the project is that it comes in the aftermath of the sexual revolution, which was supposed to unleash our Dionysiac sexual energies and break down the old structures of repression. By contrast, the project is chaste. Calle controls and sterilizes by looking.

In Suite Vénitienne (1979), she followed a man, Henri B., around Venice during carnival time. She uses her longing for him, and her distance from him, as a means to create her art. She is the artist, the voyeur; he is the muse. This is a reversal of the traditional gendered power dynamic.

Eat My Heart Out was partly inspired by Calle’s projects. I became fascinated by how female desire is often cast as predatory; a pressure remains for women to be pursued, the object of desire. The relation between Ann-Marie and her lover Vic transforms over time. They shift between sadistic and masochistic, active and passive positions. I wanted to explore how hierarchy in gender works; how dominance and submission are fatally implied in one another. I think liberation would mean breaking out of hierarchical positions altogether and a striving instead for genuine equality, which must be carefully protected.