The PEN Ten with Sean Wilsey 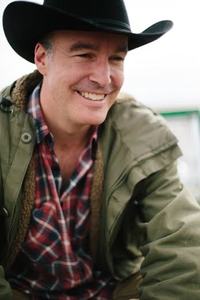 The PEN Ten is PEN America’s biweekly interview series curated by Lauren Cerand. This week Lauren talks with celebrated nonfiction writer and editor Sean Wilsey. Wilsey was born in San Francisco in 1970 and lives in Marfa, Texas. He is the author of a memoir, Oh the Glory of It All, and the co-editor with Matt Weiland of two collections of original writing: State By State: A Panoramic Portrait of America, and The Thinking Fan’s Guide to the World Cup. For many years he was the editor-at-large for McSweeney’s Quarterly Concern, and on the staff of the New Yorker magazine. His essay collection, MORE CURIOUS (July 2014), is published by McSweeney’s.

Pretty late in my twenties. I spent the early and middle parts of that decade writing a novel that never got published. At twenty-seven, on a whim, in a bar, I started working on a long nonfiction piece about the small town of Marfa, Texas. And I found my voice and style in a way I’d never been able to as a fiction writer. Of course suddenly seeing myself as a writer-of-facts changed the way I looked at reality—so it was sort of a double-edged occasion. Guaranteed impediment to having a good time: knowing you’ll have to write about it.

The hardest part of writing is finding a voice, and once that’s done stealing somebody else’s stuff just sounds like some kind of self-loathing. So: not another writer’s. I’d take Albrecht Dürer’s.

I like writing in bars, during meals, in bed, occasionally in the car while driving—and could probably move some pages along while on the edge of a conversation at a party. I try to work writing into the margins of other situations, rather than placing it front-and-center. I have a hard time working where and when I’m supposed to be working. I prefer a setting that forces me to actively tune things out. Otherwise I wind up seeking distraction. Working at a colony (not that anyone’s ever asked me to) might be a disaster…unless this colony were in Las Vegas.

Twice, at age 17. The first time I was on Masonic Street in San Francisco, holding the cap to a rattlecan of red paint while a friend sprayed a hammer and sickle on the side of a building. A patrol car glided silently to the curb. I stood there, immobilized, as the cop walked up and put his hand on my shoulder.  A few months later I was ripping up the grass in a city park on a stolen Yamaha Riva. Cruiser drove right up, searchlight trained on me, and I spent a couple nights locked away before my probation officer worked out a deal to unburden the system by sending me to a reform school.  More recently, road-tripping from Nevada back to West Texas, where I live, I was pulled over by an Arizona State Trooper, and separated from my two small kids.  The cop said to my son (age nine), “Time to spill the beans if you’ve been kidnapped.” When I reported this to a clerk at a gas station a few miles later she said, “It’s because of your cowboy hat.”

I wrote a memoir that excoriated, in a no-holds-barred way, my stepmother, Dede Wilsey, a wealthy woman whose response was to retain a lawyer who fired off a letter to my publisher headed: “Diane Wilsey v. Penguin Group (USA).”  In this document I was described as a “first-time author…with no track record, and with an admitted and reported history of prevarication and psychiatric interventions”—an attempt to recast the honesty and candor with which I’d written the memoir as indicative of their opposites.  Of course, and increasingly with age, by the time I’m ready to write for publication the transgressive impulse has lost that wild edge and become something more deliberate.

I think we are supposed to stand in opposition to the dominant culture, and help people to feel less alone—not necessarily a public or immediate activity. Which is why I find it depressing when writers diffuse what they have to say via social media—it’s like pornography involving someone you love.  As for the idea of the “public intellectual” I think that term can all-too-often be replaced with “media whore.” Then again Christopher Hitchens was a public intellectual so incisive and truthful and daring he escaped this label.  A few years ago I lived in Manhattan, woke up very early, and looked out my kitchen window. A man with a cigarette in his mouth and his back to me was urinating on the sidewalk. For some reason I thought English tourist. Then he zipped up, turned around, and it was Hitchens.

Within the Context of No Context, by George W.S. Trow should give the thoughtful oppressor reason to consider the consequences of media manipulation, and, for the unrepentant despot, who needs to be terrified, The Third Policeman, by Flann O’Brien, would probably do the trick.

Wherever money is being spent without accountability.

Dr. Ahmadreza Djalali is an innocent scholar of disaster medicine facing imminent execution in #Iran. We urge @SweMFA to do everything in its power to immediately halt the execution and secure Dr. Djalali’s safe release and return to #Sweden. #SaveAhmadreza @ScholarsAtRisk