The PEN Ten with Rebecca Carroll 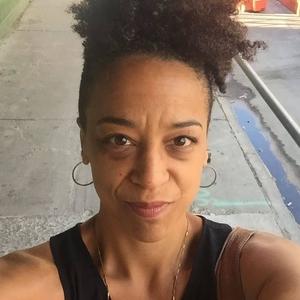 This week’s PEN Ten interview with Rebecca Carroll is presented by guest editor Hafizah Geter, Content Editor and Publicity Coordinator at Poets House. Carroll is Editor of Special Projects at WNYC/New York Public Radio. She is a regular Opinion Writer at The Guardian US, a Critic-at-Large for the Los Angeles Times, and the author of five nonfiction books, including Saving the Race and the award-winning Sugar in the Raw. At the 2016 PEN World Voices Festival, Carroll hosted Elena Ferrante: Frantumaglia on April 28.

Beyond the hours I have spent reading and listening to Rebecca Carroll, I have also had the pleasure of working with and learning from her directly. Rebecca has a mind that both fascinates and challenges me. She writes and produces content that considers how our identities conflict and clash with the culture, politics, and landscapes we inhabit. Like every great intellectual, Rebecca has a confrontational mind, one that sees connections everywhere and then pries them open so she can peer inside— a mind that cuts to the chase. She is a storyteller, a cultural critic and a culture collector. To watch her slay in real time, follow her on twitter at rebel19.

When I wrote my first “personal essay” at 9 or 10 years old, which began: “My name is Rebecca Anne Carroll. I am a black child.”

The painful and fairly toxic 15-year relationship with my birth mother.

I disagree that the notion of the public intellectual has fallen out of fashion—I think if anything, they are more in fashion than ever: I consider Ta-Nehisi Coates and Claudia Rankine two of our most famous public intellectuals right now. The collective purpose of writers might be keep us all sane, generous, and accountable.

August 9, 2014 forever changed the way I write about race. Writing about race for me has always felt necessary, but the day Mike Brown was shot and killed by police, and the video of his dead body in the street went viral, it became involuntary.

The Price of the Ticket by James Baldwin.

You know when you cross it.

Hafizah Geter is Nigerian immigrant. A Cave Canem Fellow, her poems have appeared or are forthcoming in Narrative Magazine, Gulf Coast, Boston Review, Los Angeles Review of Books, and The New Yorker, among others. She is on the board of VIDA: Women in the Literary Arts, on the Poetry Committee & Bookends Committee for the Brooklyn Book Festival, and is a poetry editor at Phantom Books where she also co-curates its reading series EMPIRE with Ricardo Maldonado. She is currently the Content Editor & Publicity Coordinator for Poets House. Hafizah will be interviewing feminists and champions of intersectional equity.