The PEN Ten with Matt Gallagher 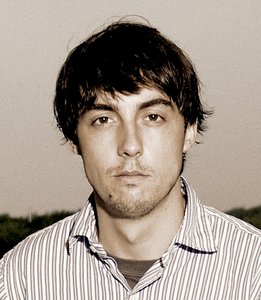 The PEN Ten is PEN America’s weekly interview series curated by Lauren Cerand. This week Lauren talks with Matt Gallagher, author of the memoir Kaboom, and the forthcoming novel Youngblood. He is a former U.S. captain and veteran of the Iraq War.

When did being a writer begin to inform your sense of identity?
A thing I’ve noticed with writers is that regardless of their backgrounds, regardless of their subject matters, their default mode is that of an observer. So in that sense, I was a writer long before I put ink to paper.

As for self-identifying as a writer, I can’t recall any grand epiphany—it happened in stages. Books were an important part of my childhood, my mom made sure of that. She was fond of saying that my brother and I were to be people who talked about ideas instead of things or other people. Reading and writing were always ways for us to try to understand life and the world, whether that was after a long, mundane day in west coast suburbia or after a trying patrol in Iraq.

Whose work would you like to steal without attribution or consequences?
Among others, Stephen Crane, Katherine Anne Porter, Tayeb Salih, and George Orwell. They’ve written things about the human condition, and in the case of Crane and Porter, about the American identity, that I felt but could never articulate until reading their work. What higher an aspiration could any writer ever seek, than to have that sort of effect on a reader?

Where is your favorite place to write?
In solitude, free of distractions. Sometimes that’s on a café patio or in the park, other times, that’s in my apartment with noise-cancelling headphones blaring (instrumental) music. I don’t necessarily believe in muses, but I do believe in changing up scenery and clean, clear air.

Have you ever been arrested? Care to discuss?
I have been. While I wish I could answer this with a story of a time I made a principled stand against the powers-that-be, alas, that’s not what happened. I was simply a cheeky college student on spring break in Florida who got too cheeky with the local authorities. Worse, I was wearing puka shells at the time. Never again—the puka shells, at least.

Certainly my project is influenced and informed by my own experiences in Iraq, but I’ve learned the most by reading accounts by journalists, civilians, and soldiers who were there before (sometimes long before) or after me. So many fascinating people and stories have emerged from the Middle East—what a rich, varied history to draw from. I’m a lucky guy. Reading and writing about war too much can wear on the soul, though! So in my “off” time, I try to keep it light. I’m a big basketball nut, both playing and watching, and I’m trying to learn how to cook more than bowls of pork and beans. And my wife and I are getting a dog soon, probably a golden retriever. It’s hard to be all doom-and-gloom with a golden around.

What’s the most daring thing you’ve ever put into words?
Any time I’ve been honest enough to type the words, “I don’t know.”

What is the responsibility of the writer?
The primary responsibility any writer has is to the work itself. What that means, exactly, will vary from writer to writer and from work to work. But the work must remain preeminent throughout the process. Perhaps related, perhaps not, is remembering to seek and explore when writing, to avoid the pitfalls of moralizing and haranguing. My friend Phil Klay recently wrote in the NYTBR that “Great writers force themselves to confront the challenges the world can throw against what they believe.” I agree wholeheartedly with that—literature can do so much more than reinforce preconceived notions, both for writers and for readers.

While the notion of the public intellectual has fallen out of fashion, do you believe writers have a collective purpose?
A friend recently shared online a James Baldwin interview from 1979. It had been many years since I’d first read it, so I was struck by the following rallying call as much as I’d been the first time, as an undergrad:

“The bottom line is this: You write in order to change the world, knowing perfectly well that you probably can’t, but also knowing that literature is indispensable to the world. The world changes, according to the way people see it, and if you alter, even by a millimeter, the way people look at reality, then you can change it.”

I want to change the world in the way Baldwin outlines, and I imagine most writers who produce work worthwhile do so, too.

What book would you send to the leader of a government that imprisons writers?
One Hundred Years of Solitude, by Gabriel García Márquez. Either the tyrants will learn something from Márquez’s brilliant insights into the human condition, or they’ll become so immersed with the text (and confused by the recurring character names) that the imprisoned writers will have plenty of time to escape.

When intent stops being benign.